KEMC Global are delighted to announce Josh Christina’s Irish “Rockabilly Nights Tour” scheduled for May of 2017.

With fire in his fingers and a controlled fury set to the rhythm of an old soul who’s quite simply a born entertainer, Baltimore native Josh Christina is bringing a brand new rockabilly energy to audiences across states in the US, including New York, Maryland, and Tennessee where he regularly takes to the stage in Nashville and Memphis venues. And in 2017, Josh is set to burn up stages across Ireland, too!

But it’s not just Josh’s ever growing legion of fans who are recognising this young man’s unique gift. Daryl Davis, pianist for Chuck Berry, once remarked that, “Josh Christina is the future of Rock ‘n’ Roll”. It’s also been noted (usually every time someone sees Josh perform ‘live’ for the first time!) that his stage-presence is very similar to that of the great Jerry Lee Lewis. In fact, following the release of his first album, Josh’s talents caught the attention of Nashville-based producer Kent Wells (Dolly Parton), who immediately got to work with Josh on his sophomore effort, Good Old Love, which was released in March 2015. Forging an immediate bond based on mutual respect and a shared love for the music they were making, Kent and Josh quickly teamed-up once again to create what has become Josh’s current EP, the fantastic, I’m 21, which is now available from all major digital outlets worldwide.

After a scorching debut Irish TV performance on The Late Late Show in September of this year, Josh is returning to Ireland by popular demand and will be taking his Rockabilly Nights Tour to Dublin, Donegal, Mayo, Offaly, and Tipperary in May of 2017. Even as the holiday season approaches, Josh has his focus very much fixed on the moment next May when he boards a plane for Ireland once again. In his own words, he’s “looking forward to returning to Ireland and making Rockabilly new again!” 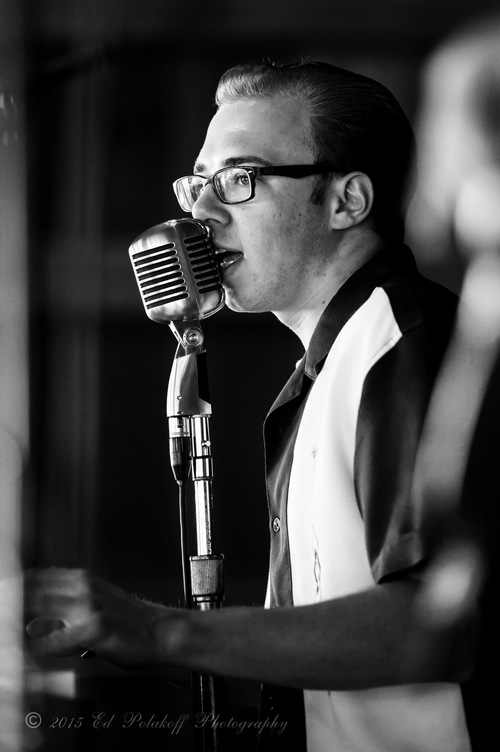