KANDCE are a six piece Alternative Pop/RnB band from Dublin that incorporate elements of funk, psychedelia and Dance. Formed in Dublin in 2016, they have quickly built an arsenal of songs that have been shaking bums across the city. With a feel-good energy that carries their music, they have built a family of followers from their groovy live shows. They want You… to join their family. All welcome. Sure you wouldn’t want to be missing out, would ye? 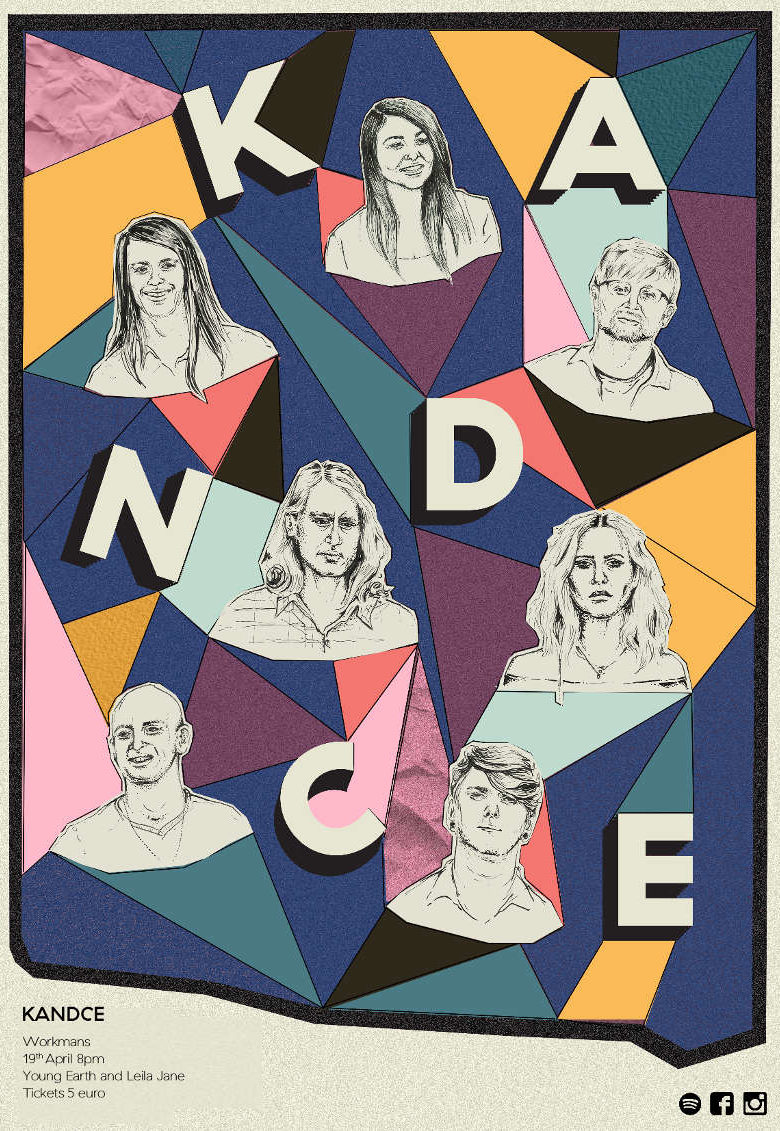