Karrie (O’Sullivan Holmes) is a singer/songwriter from Killarney, Co. Kerry.

Karrie released her debut album of songs ‘Jelly Legged’ – drawn from a rich well of personal experiences – in 2014 . It immediately pricked up the ears of the Music Cognoscenti, with two tracks getting heavy rotation on the National Broadcaster, RTE. From this, Karrie was invited to Tour with Declan O’Rourke, Mick Flannery and Mary Coughlan…up to and including a ‘guest’ live RTE Radio spot with Declan O’Rourke (Galileo) and the RTE Concert Orchestra in the NCH, Dublin.

Both albums were heavily rotated on RTE and BBC Radio, and quickly began picking up plays in other territories (UK, Holland)
As a result, Karrie got invited by UK artist ‘Rumer’ to open her UK tour dates on 2018.

A major coup for a relatively ‘new’ artist.

Since then, Karrie has concentrated on smaller, single releases and has had three Top 5 singles in Ireland, all of which will be included in a soon- to-be-released Album:

‘I Donʼt Hear You’, ‘I Love You The Most’ (both Number One on the RTE Airplay Charts) and ‘So Long Ago’
( Highest chart position: Number Three) All produced by Jimmy Smyth, cementing their Musical partnership.

The current selection of tunes, about to be released on HyperTension Music in Germany, was the result of a collaboration between Karrie and Jimmy. The idea was to record and perform established tunes by their favourite artists: reflecting the Zeitgeist, and using only the ‘bare bones’ instrumentation, thus highlighting Karrie’s remarkable voice.

All tracks were recorded entirely ‘remotely’ as both an experiment and an artistic reaction to The Human Condition affected by the Events of 2020.

Karrie and Jimmy have just completed recording and filming with the Irish Chamber Orchestra (at their invite) for imminent release.

The CD version of the ‘Home Thoughts’ album (HyperTension GmbH) is released in Ireland and the UK on August 28th
It is released in the US on November 6th and the rest of the World on October 6th with the vinyl version to follow.

To celebrate this, despite current ‘live’ restrictions, the pair are doing ‘live’ shows in the Workmans, Dublin on September 9th, and the Kino, Cork on September 23rd. 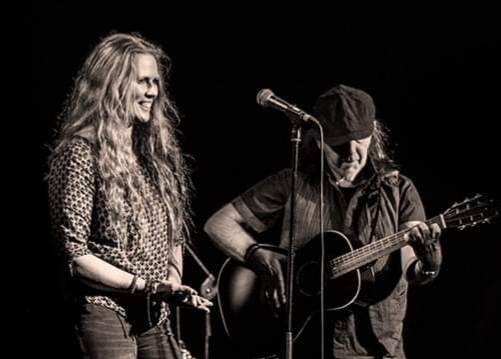