A Celebration Of The Diversity Of Music, Art, People, Community, Style & Taste That The Workman’s Club Represents.

This special concert will be Katie’s last in Dublin before relocating to the US later this year.

The Workman’s Club has become a hub of creativity, art and social progress since we first opened our doors in 2010. Run by folks who are passionate about music, we welcome performers of all flavours – and we’ve seen a tonne of incredible performers pass through our doors and take to our stages over the last 9 years. While Ireland’s contribution to art and music across the world has always been phenomenal, there is a new buzz that has been steadily building over the course of the last year or so.

With this buzz of the new, exciting talent that hail from Ireland, we are excited to present to you the WE ARE Series, in partnership with Roe & Co Irish Whiskey. The WE ARE Series will celebrate the multiple, diverse music and art scenes that represent modern Ireland – and that pass through our club every week. Plus, to celebrate being in our tenth year, all standing shows will be just 10 euros!

We are super-excited to announce KATIE KIM will be headlining our place on Satuday, 14 September. This show is set to be a very very special one, as it will be Katie’s last Dublin show before she ups stakes and moves to the US. Come join her – and us – for what is going to be an incredible show. It will also offer attendees a preview of new tracks from her forthcoming album as well as revisiting tracks from previous releases.

Mood is central to the expansive musical landscape of Katie Kim. Darkened corners, icy atmospheres and hypnotic knife edge soundscapes. Piano chords stretch to infinity, silence is employed as devastating punctuation, while the voice, in it’s salience is all the scattered beauty a glimmer of light can illuminate. Cinematic in scope and tectonic in delivery, It’s as deep as you want or need it to be. A slowcore waltz at the bottom of the ocean, steeped in gloomy ambience. Tension tugs at the heart with this euphoric exploration into the depths

of darkness and light.“Holding my hand now the tides incoming/Make us a shield so the light won’t get in.”

Katie Kim has released four studio albums to date: Twelve (2008), Vaults Vol.1 (2011) Cover & Flood (2012) (UK release 2013) and SALT (2016) Nominated for The RTE Choice Music Award for Album Of The Year. SALT was recently performed live in a series of concerts with Katie Kim and Crash Ensemble in its entirety, in an alternative reworked form, with arrangements from composer Sean Clancy for Crash and launched to a sold out National Concert Hall. She has also scored an original soundtrack for the 1928 surrealist Germain Dulac silent film, “La Coquille et Le Clergyman”, commissioned by The Cork French Film Festival, which she also performed with her full band, live, in front of a sold out audience and acclaimed director Agnes Varda.

She has been part of many collaborations, including The Waterboys, Radie Peat, Sean MacErlaine, Crash Ensemble, David Kitt and Halves amongst many.

“Katie Kim evokes everything from William Basinski’s starker works, early Labradford and the landscape of loss so masterfully soundtracked by the likes of Aidan Baker, Tim Hecker and Stars of The Lid “

“’Salt’ is an album to surrender yourself to.The artist’s third album is a journey worth taking. If you don’t want to, then you definitely should take it anyway. The music is hypnotic. Katie Kim’s voice lulls you into an uneasy sense of calm while the knife-edge soundscapes of ‘Salt’ always feel inches away into becoming all-encompassing wave of sound that could easily swallow the record whole. ‘Salt’ is unflinching precision.”

“Your jaw drops. At times the production is deceptively murky and reverby, as if trying to shield the listener from the gorgeous songs lilting underneath. Any cleaner and we couldn’t handle it. And the voice, oh the voice! As relaxed and unaffected as it sounds, the album is just riddled with beautiful vocal performances throughout, as soft as crystals.’Salt’ is intriguing, sharp and bold, and where you could be forgiven for thinking Katie Kim already had a solid mastery of inventive songwriting, this is a fairly staggering leap forward.”

“Salt illuminates and ignites her songwriting pedigree to a brilliant new level; these nine vignettes align craft and technique with outright innovation. Most excitingly, the textures are almost tangible in their ferocity – Kim’s own vocals are soothing and empathetic while also sounding a million light years away. And therein lies the tension at the heart of Salt, the album flirts with extremes, making these extremes feel incredibly seductive. Cinematic in scope and tectonic in delivery, Salt is a richly rewarding and profoundly intense listening experience”

“Let us get to the heart of the matter straight away: Katie Kim’s Cover And Flood is very, very good. Appealingly minimal half-whispered melodies blend with primitive guitar arpeggios, or pianos and cellos, or organs and harmoniums, or drum-machine beatz, or electronic fuzz, and over it all varying degrees of echo, reverb, distortion and background noise wash like a comforting lo-fi sea.”

“There are twenty songs on Cover & Flood, twenty pieces of sound patched together to form an overwhelmingly beautiful whole. It’s a myriad of tones and shadows, an experience that rewards close listening as much as it is great to fall asleep to. It’s as deep as you want or need it to be. New elements peek their way out of the dusk with each new listen and old, forgotten ones eventually return with all the joy that accompanies a meeting with an old friend. It’s an album made for the four sides of vinyl it will appear on, with each flipping of side or changing of disc further building the ritual around listening to it. Noisy, small and half-hidden, it makes no grand gestures or sweeping statements. It is an album confident in itself, as it should be. It will seek no gratification, though it deserves to find it. When Katie Kim’s first record, Twelve, came out, it felt like a one-of-a-kind experience, a moment in time. Cover & Flood is all that her début was and much, much more. It’s stronger and more assured, with every minute detail bearing signs of the loving touch of its creator. A singular achievement and an important record.”

“Katie Kim transports the listener from the mundaneness of an overcrowded 8.45amtrain to the dark of a high-ceilinged townhouse in the throes of night. It shows the talent is there, but the Waterford lady’s passion is in idea-forming, not in tidying up for any record companies that might be passing through her recordings. It indicates that not one sound is there by accident, it’s been pored over. It proves she’s an artist of the purest kind, a visionary.”

“’Salt’ sees the revered Irish musician explore deeper into the ethereal dimension, for which she has long ago established. The striking intimacy and hypnotic spell cast by the gifted songwriter throughout ‘Salt’ unleashes the most deeply affecting batch of songs to have been unearthed for quite some time”

DANIEL O’SULLIVAN is a composer, songwriter, multi-instrumentalist and producer living and working in South West London and has been contributing a vibrant, chameleonic brew to the music landscape since the late 1990’s. He has achieved acclaim writing, recording and performing with a myriad of groups including Grumbling Fur (with longtime friend and collaborator Alexander Tucker), Ulver, Mothlite, Sunn O))), Guapo, Miasma & the Carousel of Headless Horses, Miracle, Æthenor and This Is Not This Heat. He has composed several sound works for film and installation.

Whether solo or in his varied collaborative projects, O’Sullivan’s work is remarkable in the way it infuses familiar everyday experience with traces of the uncanny, the secret and the magickal. His 2017 solo album VELD distilled these tangled realities into a rich and complex soundworld, strikingly dense and allusive. Released in April by O Genesis, Folly is O’Sullivan’s second album under his own name and embodies a confident, evolution from VELD. This cycle of twelve songs deftly illustrates O’Sullivan’s ascent as a unique and multidimensional songwriter. Moving from the familiar pantheon of experimental music and arriving upon a universal narrative probing the human condition from the inside out. Both lyrically and within the intricate lattice of arrangements, traditional forms are reshaped into transcendent pop symphonies. Both intimate and alien, archetypal and atypical, joyous and melancholic, the aperture of Folly is wide open and light streams in.
http://mothlite.blogspot.com/

‘In the past 12 months, Ireland has established itself as the go-to destination for scratchy, sketchy punk bands.’ NME

‘From Fontaines D.C.’s poetic punk to bands like Just Mustard and The Murder Capital (all of whom have played The Workman’s Club, btw!), the Irish capital (and its surrounding towns) is turned all the way up.’ VICE

NOTE TO THE EDITOR

Roe & Co is a new premium Blended Irish Whiskey, named in honour of George Roe, a true pioneer of Irish Whiskey. Refined, elegant, and with remarkable depth, a masterful blend of rich malt whiskey and the smoothest of grain whiskey aged in bourbon casks. Last month, Roe & Co opened the doors of its brand new immersive Irish Whiskey distillery and experience at St James’s Gate Power Station in Dublin 8. Tickets for the distillery experience are now on sale at www.roeandcowhiskey.com. 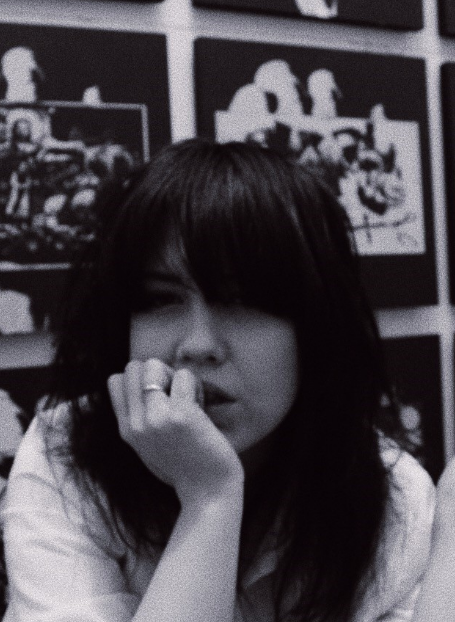