Katie Laffan and No Hot Ashes

The Workmans Club in Dublin on February 4th

No Hot Ashes are a four-piece band from Stockport (Manchester) branded post-pop- discofunk. The sound they have settled on is heavy bass infused Chilli Peppers meets James Brown with a rap / hip hop overlay. The combination is as infectious as it is fresh and in an era of samey local guitar bands of varying qualities. They are band you have to see live as their performances ooze raw funk rhythms and a passion for entertaining crowds.

With a wide range of musical influences from Red Hot Chili Peppers, James Brown, Earth, Wind & Fire, The Doobie Brothers and Stone Roses. No Hot Ashes have developed their own brand of future-psych funk. Performing at almost every venue in Manchester since their formation in 2014. They have built a solid fan base and a reputation for raucous live shows.

No Hot Ashes have picked up a number plays on BBC Introducing as well as an array of local radio stations around the North West and further afield. They have amassed over 230,000 streams on Spotify and have supported bands such as Spring King, Blossoms, Prides & Walking on Cars on their UK Tours. Alongside this they have been booked for major festivals such as Kendal Calling, Y Not Festival and Tramlines.

No Hot Ashes are:

Twenty year old Dublin artist (she made her live debut as a drummer at the age of thirteen), Katie Laffan has used a bedroom studio, her grandad’s old keyboard, a laptop, instruments and €99 mic to create a sound drawn on a range of musical styles from funk and modern pop to reggae and ska, post-punk and even a bit of hip-hop. It was an approach that resulted in 2015’s acclaimed debut EP Dead As Disco and now, following a number of 2016 new artist tips (including appearing in Nialler9’s list of worldwide acts to watch).

She released her single ‘Trophy’ in October 2016. Recorded, played and produced by Laffan (aside from a brief guest appearance from Tony Lyons, drummer with UK band The Lightyears), ‘Trophy’ finds the artist expanding her musical vision without losing her knack for a smart, catchy pop song.

“She really is a remarkable talent. There is freshness and originality about what she does, which is really exciting, and she has a brilliant voice. Plus she has the ability to write wonderfully catchy indie pop music. It is early days for her – but she really could be a huge star. “ – Hot Press Editor Niall

*All profits after costs will be donated to Syrias Vibes 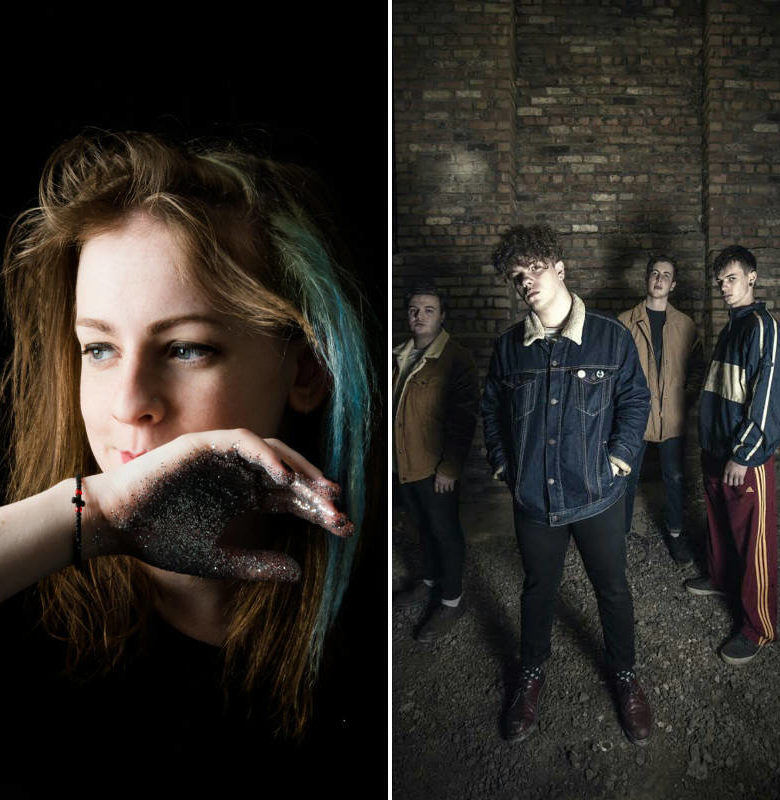