around the country for a number of years. The Black Fridays were officially

year, with full band arrangements of the previously acoustic-based songs from

from the group since formation.

Sessions, Le Cheile and Vantastival, while their own headlining shows saw

them playing in many diverse venues such as Monroes in Galway, The Loft

Carlingford, The Wiley Fox, Whelans Upstairs and The Grand Social.

While they are currently working on their debut album, this promises to be a

Support on the night come from the amazing Fields. 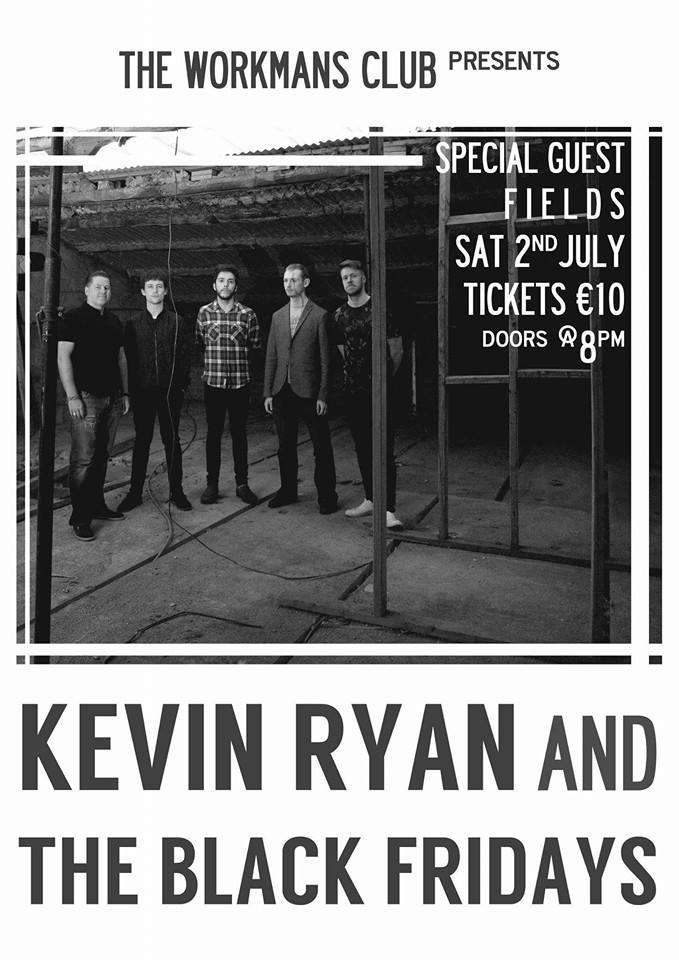