Laura Elizabeth Hughes released her latest E.P., ‘Ceremony’, in May 2018. The record captured a journey from darkness to light and showcases the distinctive vocal and writing talent of an artist fast establishing herself as a rising talent among a fresh new group of emerging Irish songwriters.

Her unique voice has seen her build a substantial fan base from around the world with her YouTube channel amassing an astonishing 2.5 million views, catching the ear of Grammy nominated R&B star, Joss Stone. The UK singer was such a fan of Laura’s single ‘The Dark’ that she posted the video to her own 1.3 million fans on Facebook.

Prior to her solo return, Laura was part of the song writing team which penned Ireland’s Eurovision 2018 entry, the first time in five years to make it through to the live finals. The experience of being part of the Irish contingent for the Eurovision entry also provided her with an experience not many performers get to do in their careers. ‘Together’, co-written by Laura with fellow Irish musicians Ryan O’Shaughnessy and Mark Caplice, captured the hearts of not only the Irish public but nations all around the world.

The new year has already been one of firsts for the singer as she played her first headline show across the Atlantic in New York City and will follow that by another debut when she plays a special intimate show for Sofar Sounds in London.

‘Ceremony’ was just the first step in a journey that’s just the beginning for this talented songwriter. 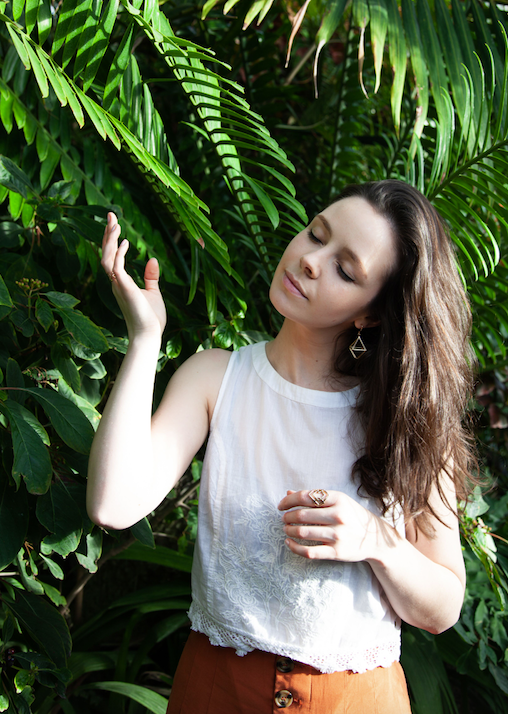