Control Promotions in association with The Workmans Club presents Laura Keane. Having won 2015’s Battle Of The Bands held at The Workmans Club venue, she is now set to return as a champion with her championing band to play the main stage once again.

Most recently she went into Sun Studios, Dublin to record her next single release “In Or Your Out” set for release early 2016,, she has also decided to arrange a single launch to go along with the single release to which you are most welcomed to attend.

April 2015 saw her release her Debut E.P. “Sub Rosa” to a packed house at The Grand Social with a stretch of follow up gigs played including the Battle Of The Bands we held in 2015. She then went back to the studio as mentioned above and is currently aiming towards putting together a fantastic night and single release to which she hopes you’ll join in on and support her towards writing the next chapter for her and her band.

Support acts will be announced closer to the date. 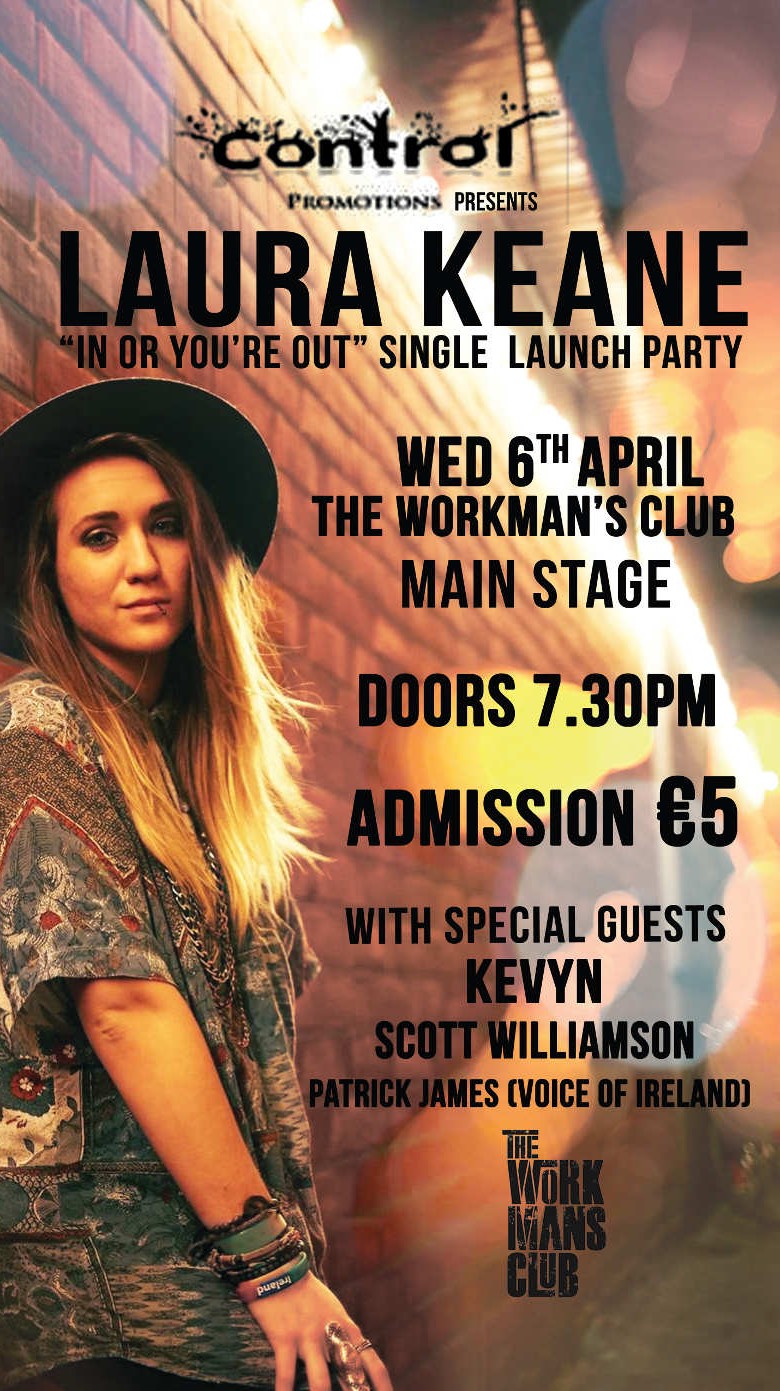