with Jane Willow and Sinead McConville

LIROY**** is an Irish musician living in Canada for last 10 years. This is her first time coming home to do a full U.K and Irish tour of her own music.

An exploration of sumptuous pop melodies and guitar amongst earnest, heart-aching lyrics, Liroy is the one-woman creation of Liz Pomeroy, former front woman of Burning Daisy. The Calgary Herald describing her earlier performances as a “sizzling stage presence [with] sultry Shirley Manson voice, Liz has now added guitar to her solo performances.

Originally from Dublin, Ireland, Liz formed Burning Daisy in 2011, the band ear worming its way onto the [local] music scene with immediate success. Presenting a “Burlesque rock and stage show theatric” that fans came to adore, Burning Daisy’s final single, Cuz I Said So, was described as “excellent and anthemic” by music reviewer Mike Bell.

The band was put on hiatus when Liz relocated to Edmonton, Alberta in order to complete a music diploma at Grant MacEwan University. Currently performing as a soloist or with a full band, Pomeroy’s journey has defied her musical and live performance boundaries; forging the brooding melancholy Burning Daisy embodied to fresh, light-seeking sounds. In recent years the artist has become a low impact living advocate, which as informed her song-writing style and led to the creation of protest lyrics in her latest work. These heavy topics are contrasted by catchy pop melodies; creating a sense of irony and rebelliousness on stage. This is Liroy.
www.liroy.ca

JANE WILLOW****is a Dutch singer-songwriter who moved to Ireland at age twenty-one to pursue music. Her music is laced with Leonard Cohen and Nick Drake influences. Jane has had radioplay on RTE Radio 1 and BBC Radio Ulster, has opened for Glen Hansard in Vicar Street and in November Jane successfully raised over 4000 euro for her Debut EP, which will be released in September. Check out her single ‘On My Mind’ on Spotify and Soundcloud.

“this single [On My Mind] shows great promise which has all of the hallmarks of a bone fide authentic folk artist about to make a mark.” – REMY 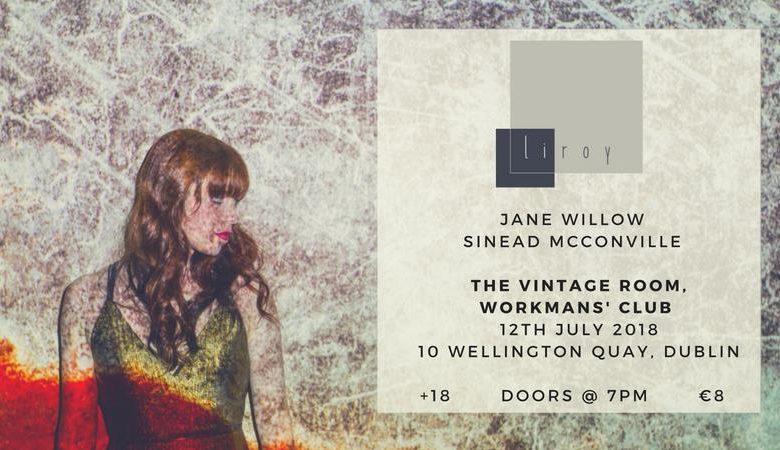