Julie Jay is a comic who has taken the comedy world by storm in recent months and already has many impressive accolades under her belt, including winning the Forbidden Fruit Comedy Search 2017 and performing at all major festivals (Body and Soul, Alltogether Now, Electric Picnic, Vodafone). She has also supported the biggest names in comedy, including Neil Delamere, Ardal O’Hanlon, Alison Spittle, has been resident support act for Tommy Tiernan on his Paddy Crazy Horse Tour and most recently has MCed the 2019 series of the Tommy Tiernan Show.

Her new show ‘Julie Really Love Me’ explores her quest for validation, being childless in the state of Gilead, classroom antics, and guards. Yes, lots and lots of guards.

One of the most exciting new voices on the Irish comedy scene, her on-stage warmth accompanied by a sizeable side dish of distinctly Irish self-deprecation. Wry wit, neurotic ponderings and clever joke-writing make her an act not to be missed.

‘One of Ireland’s Leading Comedians’ – The Journal. 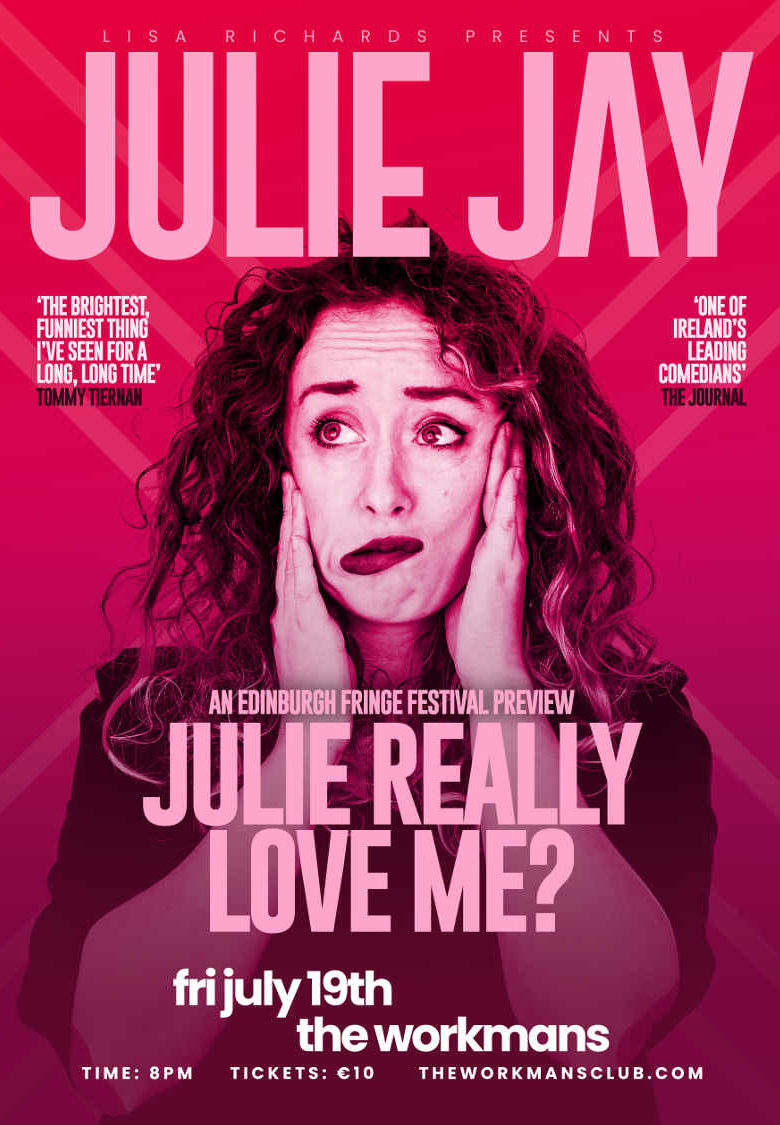