Dublin based outfit LNT were formed in late 2014. Since these humble beginnings they have developed a unique and commanding musical point of view.

The sound of LNT is an experiment. With each member coming from vastly different musical backgrounds the band blends influences such as Radiohead, Porcupine Tree, Bon Iver & Hans Zimmer into their own distinctive brand of emotive Alternative Rock.

On November 7th (2017) LNT released their first music video, which was produced alongside videographer Olga Kuzmenko, for their debut single ‘In Circles’. The video follows the protagonist (played by Conor Moloney) who is trapped in a rendition of purgatory on a stretch of beach.

‘The Last of Thousands’ is an ambitious and expansive debut which was recorded over the course of 2017 at Clique Recordings with David Prendergast.

“In Circles’ is an impressive debut from LNT, and renders them one of

the most interesting bands on the Dublin scene at the moment.”

“LNT are a band to look out for, especially on the live scene as this

sound will almost definitely translate to an energetic live show.”

with Korn or Linkin Park captured beautifully in the accompanying

video to the track.”

-Remy, The Best of Music and Film 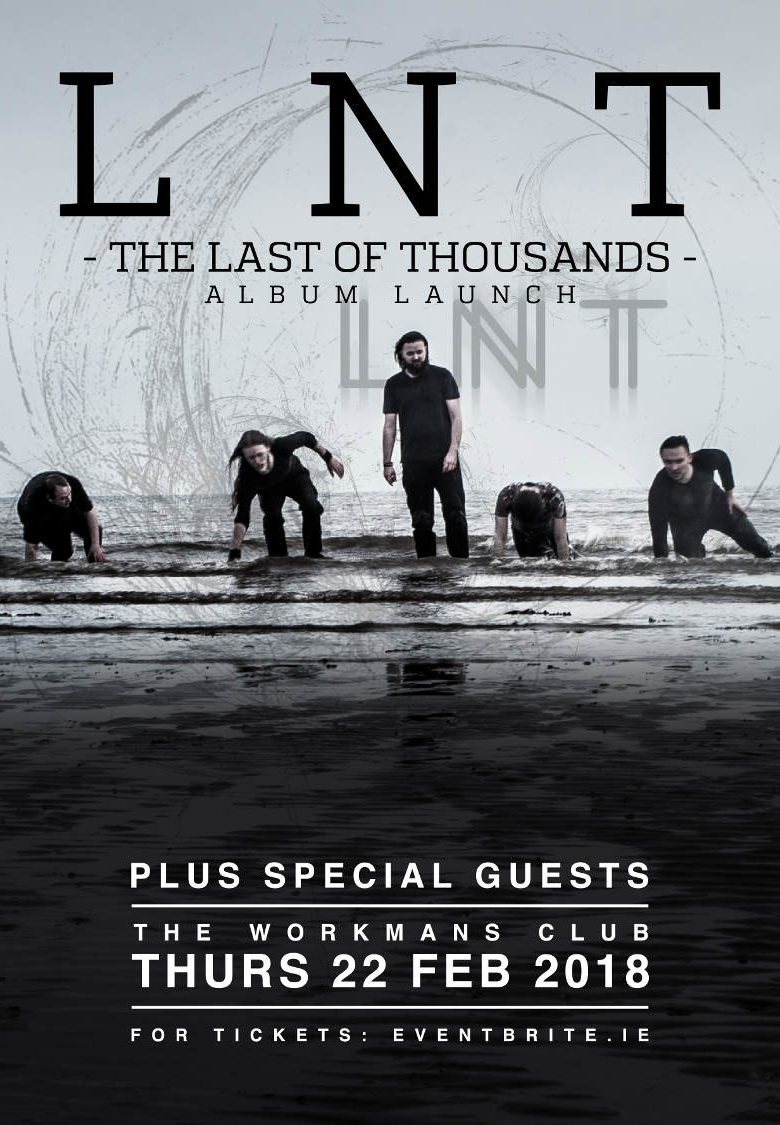