An evening of new music from Lokki, with support from guests to be announced and spoken word from Toby Buckley and Alicia Byrne Keane. Also a chance to pick up a copy of new zine This Is Not Where I Belong*

Guest musicians to be announced…

Alicia Byrne Keane is a spoken word poet from Dublin. She has performed at festivals such as Body & Soul, Castlepalooza and Electric Picnic. Her poetry has been published in journals such as Headstuff and Bare Hands 03. She has one collection of poems, titled ‘We Could Be In The Sky.’

Toby Buckley recently completed his MA in the Seamus Heaney Centre in Belfast. His work has previously been published in The Tangerine, HCE Review and The Rose Magazine, as well as several different independent zines. He received the first Ruth West Award for Poetry in 2016. He currently washes dishes in a small sandwich deli and runs an even smaller arts zine called Bombinate.

Saul Philbin Bowman will be selling new zine This Is Not Where I Belong* on the night.

This Is Not Where I Belong* challenges traditional notions of the literary journal by combining elements of that world, with a DIY zine Aesthetic. 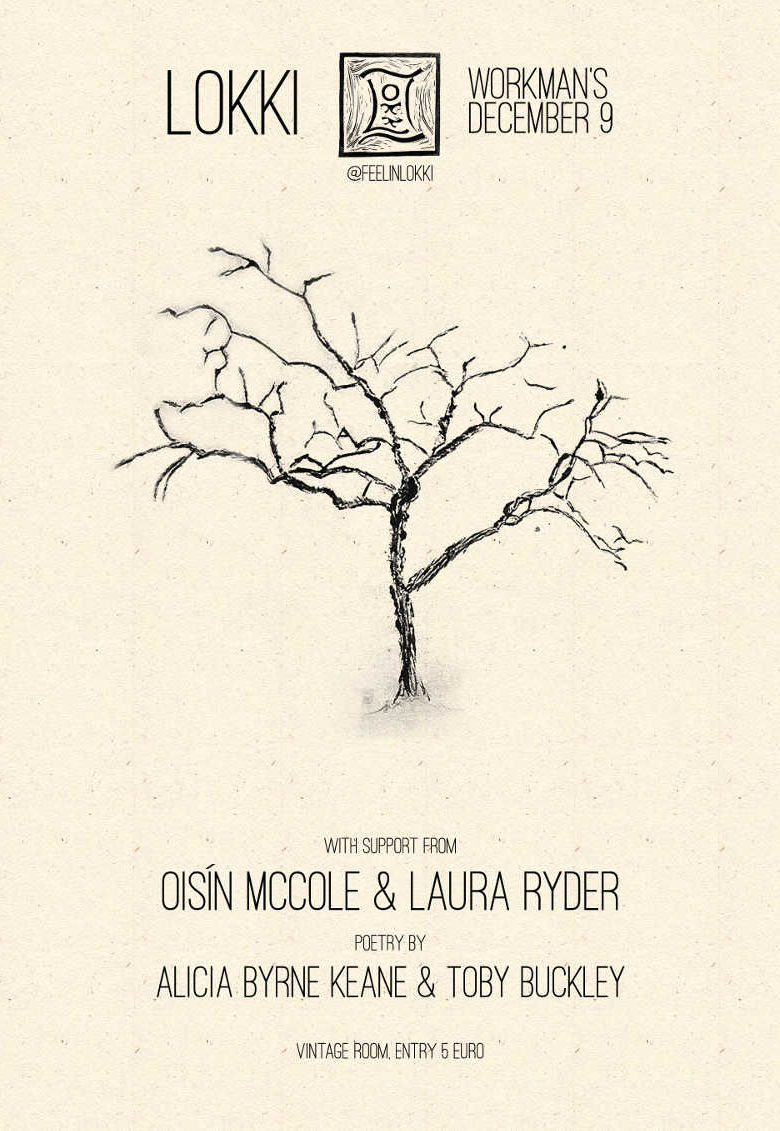