support from The Mary Wallopers

Came on to the scene in 2015 as part of Same D4Ence, a trio from the Island Field, Limerick City. Releasing multiple projects, working with the likes of Naive Ted/Mynameisjon/Mankyy, and opening for the likes of Ghostface killah/LVLZ/Nelly/Beardyman.

In April 2018, he joined PX Music as a solo artist, and since then has released projects such as the “Spillin Beans EP” and “The Drug EP” and was part of the “Somewhere in Ireland” series, with visuals from Brownsauce. Throughout the year, he has released singles and features with other artists including GavinDaVinci, Citrus Fresh and many others.

His latest video for the single “This is My City”, a track off his new LP “Is Mise”, was shot by Niall Coley and widely acclaimed.

Hazey and Px Music have built a tour of live music joined by opening acts such as the Mary Wallopers, Gatch and NRTHRD. These events are sure to leave you confident in the knowledge that Limerick is where it’s at right now.

Hazey says “If ye don’t get to see a show of the Is Mise tour, you’re missing out on Irish history. Facts.” 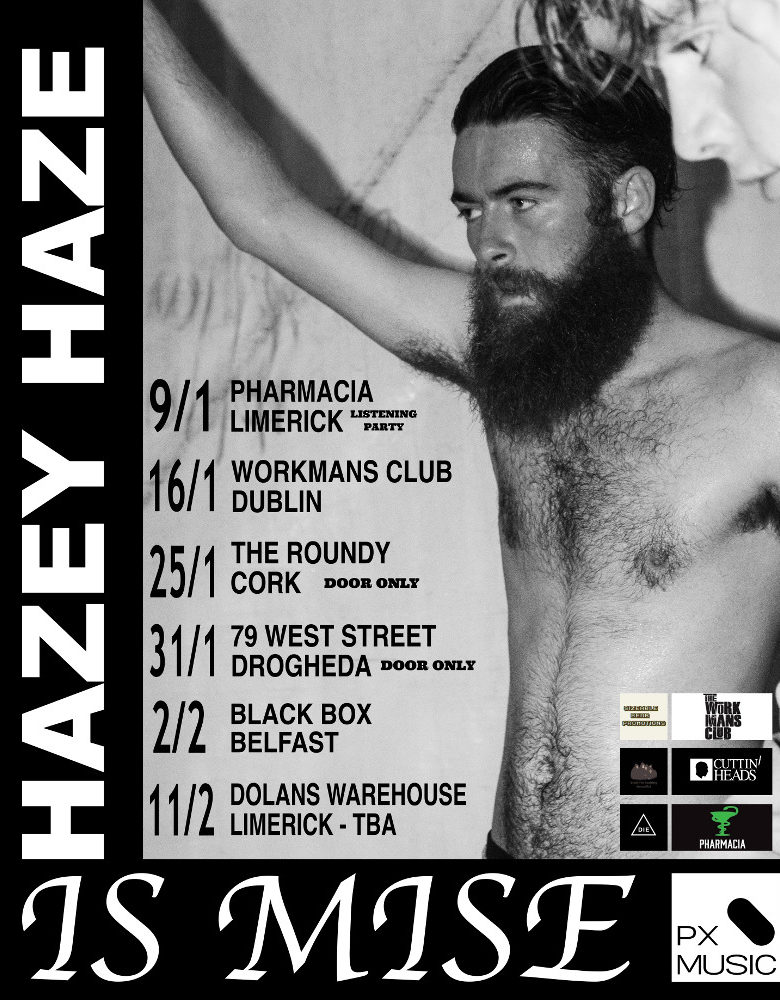