This is Margo’s first solo show and it’s time to f in her life. She looks at her life, her successes and failures and wonders

Margo is an actor and comedian (Stand-Up, Improvisational and Sketch Comedy) She is the founder of comedy group ComedyDublin. She has performed the length and breadth of Ireland, Northern Ireland and beyond (France, Scotland, England and the United States). Celebrating 30 years in the arts this year, Margo began her training in the Balor Theatre, Donegal She studied at the North West Regional College in

Derry City. She has performed stand-up at many of Ireland’s top clubs on the same line ups with some of her top comedy influences. On television Margo took part in BBC NI series ‘Find

She loves comedy and can safely be referred to as a comedy nerd.

Tonight’s show is by donation (whatever you can afford) to the Abortion Support Network. It is a fantastic volunteer run charity that has helped many people in Ireland and beyond. Check out https://www.asn.org.uk/ for more information. 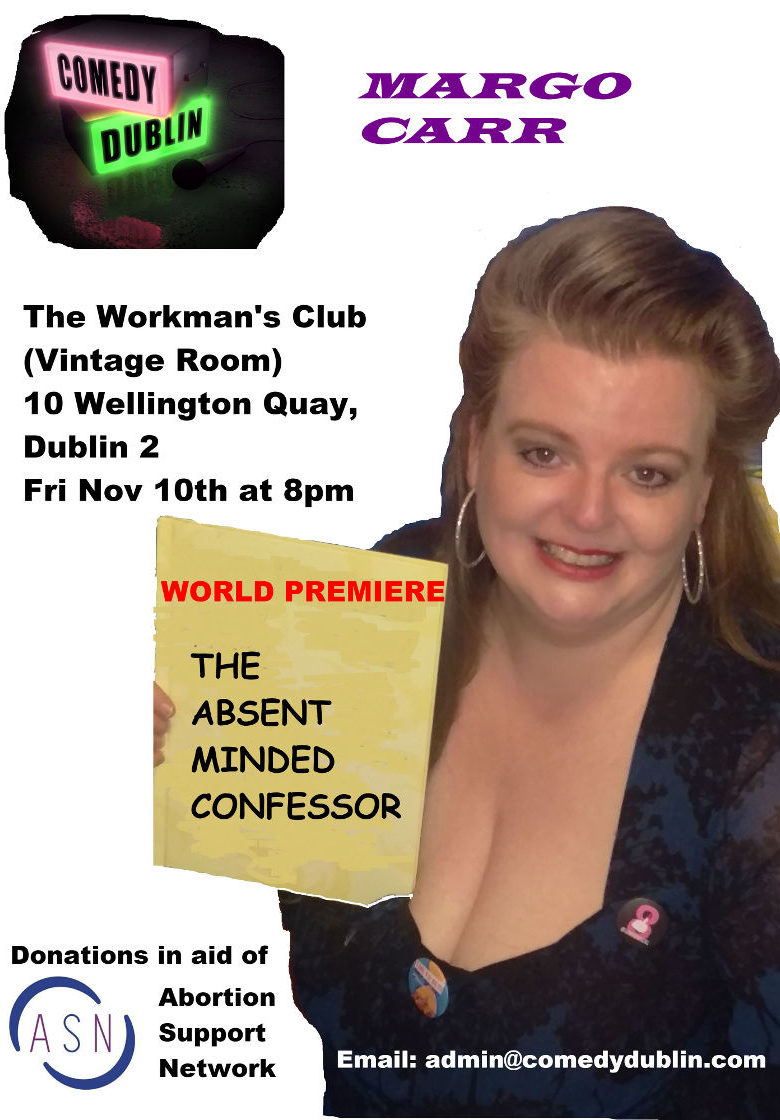