Headlining at The Workmans Club

& guesting with HAWK on tour this June

Tickets from Eventbrite on

Irish singer-songwriter Maria Kelly is back with her latest single Black & Blue, out on 1st July 2016 via Veta Records.

The track was picked up by Consequence of Sound in the UK for streaming, and now we are delighted to bring the track itself for you to play.

COS stream of ‘Black & Blue’

Maria left quite an impression last year with debut single Before It Has Begun – a mournful finger-picked song that shows off Kelly’s pin-drop vocals and beautiful lyricism. Her latest single Black & Blue still feels vulnerable, with a hint of foolish optimism, managing to effectively captivate her talent for bittersweet storytelling – fans of Regina Spektor and She & Him will feel at home here.

Growing up in Mayo, Maria has spent many years crafting and developing her sound into a stunning combination of delicate indie-folk. This was what this lady was working on in her pre-teens and teenage years.

Maria has been writing music since the age of 10 and has already played numerous shows in both the UK and Ireland supporting the likes of Orla Gartland and Wyvern Lingo. In 2015 Maria was also invited to perform on The Other Voices Music Trail in Dingle.

Maria has already received praise from various online publications including The Irish Times, Nialler9, Beat Surrender, COS to name a few and has also picking up admirers across radio.

Ahead of heading off on tour with HAWK, Maria is working in the studio on new tracks for her next EP and developing her live sound in preparation for a busy 2016. 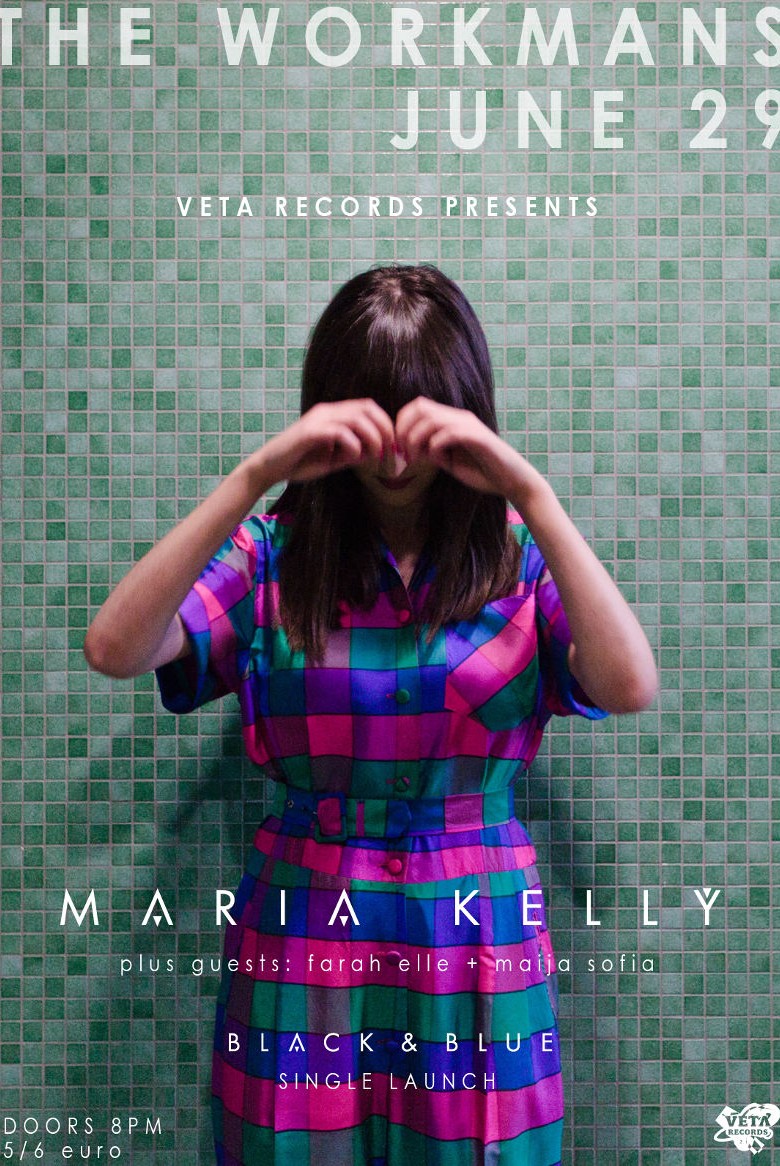