After sharing a concert in Barcelona last August, Mark Geary and Davy Lyons join forces once more for an intimate acoustic night of storytelling and song in The Vintage Room.

Dublin-native Mark Geary is a celebrated musician who began his career more than 20 years ago. His songwriting skills and engaging live performances have
garnered him a reputation as one of the finest song-smiths of his generation evoking comparisons to artists such as Van Morrison, John Lennon and Elliot Smith.

Touring and performing are Mark’s lifeblood and passion, and his finely crafted songs and charismatic storytelling provide his audience with a unique experience
on every occasion.

Davy Lyons is an emerging singer/songwriter from Wexford, currently based in Barcelona. After years performing on the streets of Europe, he released his
debut album, “Evidence” (Delirics) in 2019. His powerful songs tell raw stories in a direct language that comes from the key of folk.

A style full of poetic density and a passionate music approach crafted on the street, to be experienced and enjoyed on a full stage. Lyons has a natural
ability to capture an audience’s attention through his energetic and mesmerising performances. 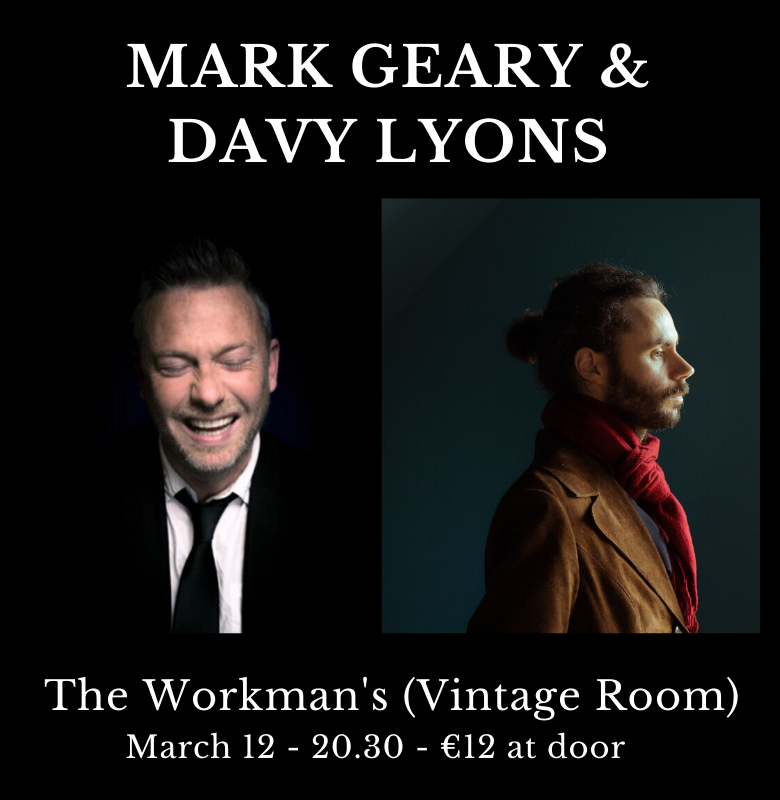