With new live dates on the horizon to celebrate this release, expect two EP launch shows in Dublin’s Workman’s Cellar (17th November) and Co. Clare’s The Washerwoman (28th October), as well as more live dates to be announced…!A folk-pop artist that’s been hotly tipped by many to be the next big voice coming out of Ireland, he recently broke 6 million streams on Spotify, opened for Irish favourites Kodaline and with new management on his side he’s a young artist with much to show for at an early stage – selling out gigs in Dublin’s Whelan’s and The Sound House, as well as appearing on the Main Stage of leading Irish festival Indiependence.
Influenced at a formative age by the integrity and spirit of Irish folk artists such as Damien Dempsey and the pop-rock musings of acts like Snow Patrol, the young musician began his journey 10 years ago aged 13. With songs written at the foot of his bed, Blue first found his feet on the open mic stages of local pubs, before migrating by bus to the busy busking streets of Dublin and Galway. Invoking an unsuspectingly familiar sense of belonging and nostalgia in his storytelling, Oscar Blue transports his listeners to some other place or feeling, meditating on his experience of life in an instinctively honest and uninhibited style.
Prior to the pandemic, his debut string of singles, recorded in a small home recording studio, have remarkably gone on to be supported by national and international media such as Nialler9, RTE Radio 1, RTE 2fm, Hot Press, Spin 1038 and more, plus appearances as Hot Press’ Young & Emerging series, as well as the world’s largest folk gathering Folk Alliance in America in 2021 showing off his distinct folk-pop sound – this artist is certainly on track for blowing up. 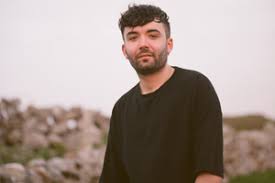