Badhands is the musical project of Dublin songwriter and musician Dan Fitzpatrick. In late 2018 he released his critically acclaimed debut album ‘Predictable Boy’, working with musicians Tom Cosgrave, Chris Barry, Aoife Ruth and Ken Mooney. Upon release The Sunday Times described it as ‘Evoking Nick Cave with it’s guttural swagger, it has taken the Dubliner’s songwriting to another level’. The record is a collection of vivid, textured songs that range in tone between dark and brooding to frantic and energetic, with moments of genuine euphoria weaved in to the mix. Predictable Boy was made album of the week by Dan Hegarty on RTE 2FM and Badhands’ first two singles, ‘Waves’ and ‘Monday Morning’, both received considerable airplay on national radio, and have been performed live in session on shows such as Arena on RTE Radio 1, and Bobby Kerr’s Big Breakfast on Newstalk. Waves was also recently made Song Of The Week by Laura Whitmore on BBC5 Live.

Since forming in late 2017 the band has been packing out venues in Ireland, selling out their last Dublin show in Whelans, and playing some support slots and festivals of note such as opening for Michael McDonald, last year’s Electric Picnic festival, and the Ireland Music Week showcase. This February will see the band opening for Reverend and The Makers in The Limelight, Belfast and Dublin’s Academy. Badhands recently finished recording album number 2, in addition to composing the soundtrack to an upcoming BBC documentary entitled Cuba’s Wild Revolution, the music for which just won a prestigious Jackson Wild award in the US. The band will release a brand new single in the spring of 2020 to coincide with tour dates in Ireland and the UK. 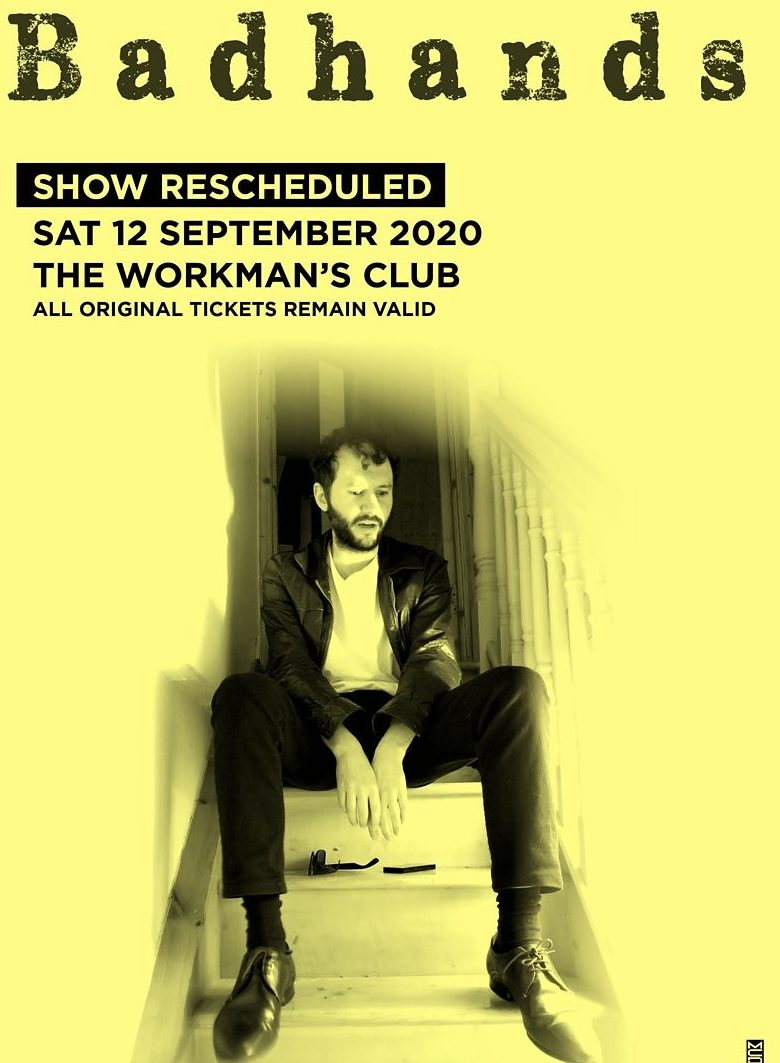