Rising Scottish singer/songwriter Callum Beattie has had a whirlwind career. His debut album ‘People Like Us’ was an astonishing breakout success on its release, hitting the top spot on the Scottish Album Charts, #7 in The Official UK Album Sales Chart and listed as BBC Radio 2’s ‘Album Of The Week.’ He has had seven BBC Radio 2 playlist singles under his belt, including ‘Salamander Street,’ which landed on BBC Radio 2 B-List for four consecutive weeks with over 13,000 radio plays.

Callum has also built huge radio support across Scotland, including an incredible 6 months play listed on Bauer’s Hits Radio Scotland network for his single ‘Salamander Street,’ which due to its popularity with listeners continues to receive plays. He has seen recent singles championed by BBC Radio Scotland and at wider radio has achieved adds on the likes of BBC Local Network, Bauer’s Wave 105 & Downtown Radio, Nation Broadcasting, Virgin Radio Chilled, Q Radio network, Time 1075, ‘The Beat’ (BBC Nottingham) and Amazing Radio to name a few.

There has been no slowing down for Callum, he recently supported Amy Macdonald on her UK tour, including a show at London’s iconic Roundhouse, and won the prestigious ‘Scottish Artist of the Year’ Award at the Bauer Forth FM Awards 2022. Callum also prides himself on his ongoing charity work, using his music to help raise vital funds to support children and young people with life-shortening conditions, as well supporting charities for the homeless.

Now Callum is back with the next chapter in his music career, releasing his highly anticipated second studio album ‘Vandals.’ The album goes right back to his roots, a selection of songs penned about Scotland, working class life, and coming of age. “I grew up in a post Thatcher Britain, in a fairly rough part of Scotland, raised by my dad, and experienced the poverty and roughness of those times first hand,” says Callum. “Culturally, it was a very specific period in history, where you could almost feel the class divide on the local streets, and this album is a representative of that period in our culture. I feel strongly that we are moving towards a culturally similar period in history, where the very deepest and the most important depths of human emotions are being neglected in favour of capitalism, growth and big business.”

Speaking of the making of the album, Callum says “I’ve been listening to a lot of different music when writing these songs, and I suppose what’s really different for me this time, is that I’ve made the record with my live band, whereas my first album was recorded all over the world with various session players.” Worth comparing to peers such as Gerry Cinnamon, there’s also a hint of Frank Turner into his precocious, speaking-truth-to-power sensibility. “It’s nice to be back in Scotland, doing this new album – everything about it is Scottish,” he grins. “Every person who played on it is Scottish. It was recorded in Glasgow, written in Glasgow. It feels more natural now that I’m away from that world.”

The first single off the album, ‘Heart Stops Beating’ is a highly anthemic single, which Callum says is “about how we never stop loving someone, whether they are physically present or not.” He performed the single for the first time on stage at Scotland’s TRNSMT Festival which was well received, with fans given a taste of what’s to come from the new album. “When I write songs, I imagine that people are screaming them back to me at festivals,” Callum says. “I like anthemic music, and I guess this new album is exactly that.”

The artwork from the album also has significant meaning, with Callum explaining “We chose to take a different approach to the artwork and have used an iconic photo by a very iconic photographer called Gavin Watson. Gavin was the inspiration behind Shane Meadows’ ‘This Is England,’ and working with him was a dream come true. I was also fortunate enough for him to come up to Glasgow and shoot all my press shots. I loved working with him, he’s a total creative genius, and I think we are perfectly matched in terms of his imagery and the music.”

Callum Beattie’s route is paved with empathy, a working class voice speaking with profound honesty. “You have to have emotion,” he says. “That’s what music is – it’s about making somebody feel better about their life. And it’s also storytelling. They’re all stories, every song.” 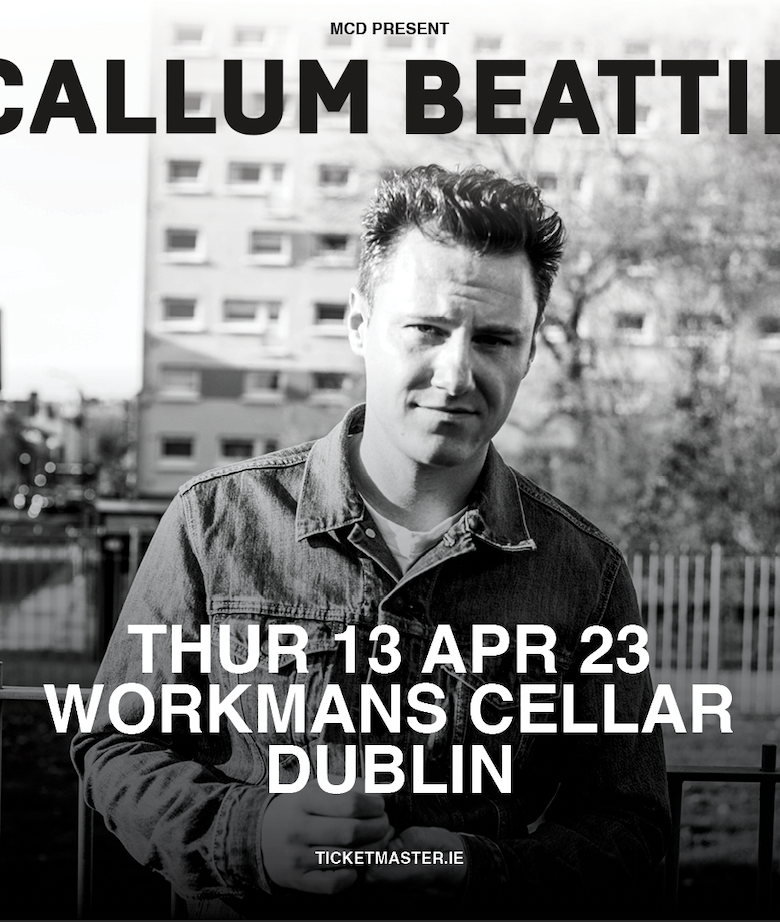