Traversing rolling hills of sparse, panoramic songwriting, FYA FOX is the exciting new prospect from Ireland spinning tightly wound yarns of brooding and emotive alt-pop. A classically trained vocalist straying beyond Ireland’s traditional country/folk scene, FYA’s influences span from Banks, Lana Del Rey and London Grammar. FYA has had a very successful 2021 which included plays on BBC Radio 1 (Gemma Bradley), inclusion on numerous Spotify playlists including New Music Friday for her track ‘Numb’, selling out her first headline show at Whelan’s Dublin, being selected to showcase at Ireland Music Week and being tipped by HotPress as an artist to watch in 2022.

FYA releases her brand new track ‘Busy’ on June 17th and has already had a super start to 2022 with support gigs with Lola Young, Water from Your Eyes, a showcase performance on the BBC Introducng stage at Output Belfast and forthcoming Festival appearances at Sult and Stendhal.

FYA’s previous releases have already been supported by 2fm, (Track of the week on the Tracy Clifford show) Today FM and the likes of Hot Press, Record of the Day, Nialler9, The Last Mixed Tape, Flavour Magazine, Fortitude & Alfitude + many more. ‘Her track Body’ was added to the BBC Radio Ulster ‘Where Music Matters’ playlist which features ten new tracks across the BBC Radio Ulster playlist each month and her debut, ‘White Lies’ received its world exclusive with Radio 1’s Gemma Bradley. As well as being added by Hattie Pearson to the influential Co-op Edit UK playlist, her music has featured on a number of prestigious Spotify playlists including ‘New Music Friday, ‘Fresh Finds’ (750K followers).

“Much like London Grammar’s Hannah Reid, FYA’s vocals are instantly mesmerising and
engaging. With each release, FYA raises the bar, and believe us, it won’t be long now before
she breaks through in an enormous way” Record of the Day UK 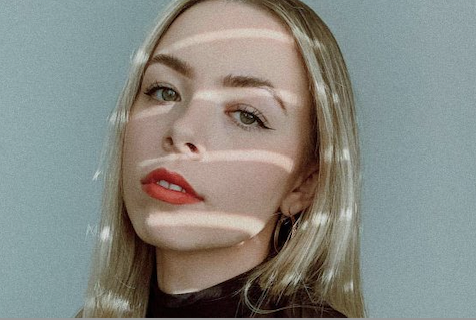