24 year old Dubliner Kaya T has been performing since she was five on some of the biggest stages in the country including The Olympia Theatre. She taught herself how to play the guitar aged ten and sights her father as her biggest musical influence. “My dad was always the musical influence in my life, he showed me all the best bands and we would often sit and play guitar and drums together for hours singing our favourite songs”. A huge fan of classic musicals like “Annie”, Kaya T released her debut single ‘Flight Mode’ in Sept’ 2022. Receiving widespread support from Irish radio and media, the track was play-listed on a number of stations incl. Spin 103.8s ‘Ones To Watch’ and received Spotify editorial playlisting. With her second release ‘Body & Mind’ following in November, she continues to deliver a promising offering of self-penned soulful slices of Pop & RnB ear candy that showcase this young artists international appeal. With some new releases to be announced and exciting news in the pipeline, keep an eye on @Kaya_t__ 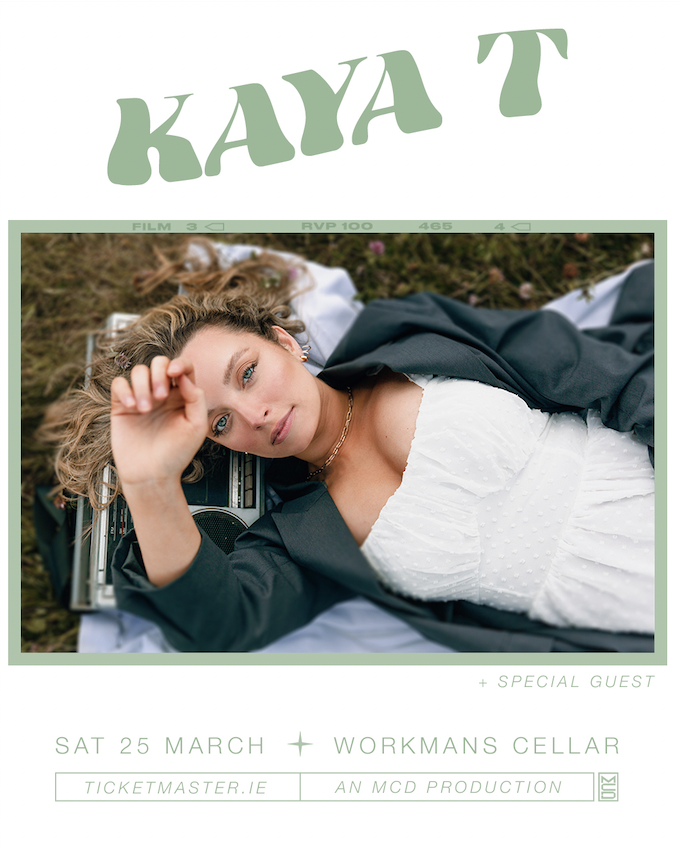