Kynsy, the solo project of the 23 year-old Irish multi-instrumentalist, songwriter and producer Ciara Lindsey, today shares a brand new single and video, “Mr Nice Guy”.  The song is co-produced by Kynsy and James Dring (Gorillaz / Jamie T / Sorry) and sees Kynsy bring a swaggering, synth-drenched atmosphere to the detached nonchalance of her lyrics.

The accompanying video was directed by Dave Fox and Conor Donoghue.

Talking about the new song and video, Kynsy says: “It’s a song about money and working and having one of those horrible bosses who tells you he’s trying to be ‘the nice guy’ while he goes through you outside on the street. It’s mostly based on an encounter I had in a waitressing job. I suppose there is a message in there about the power of empathy and kindness in how you deal with people.

The video echoes a lot of the themes in the song just pushed to an extreme level. Working with Dave and Conor we created a surreal world that’s really colourful but eerie at the same time. The master [me!] is on a constant power trip and forces her minions to endure some pretty awful treatment for her own gratification. To honour the positive message in the song we get to see how treating people like this will come back to bite you one way or another.

“Mr Nice Guy” is the first new single from Kynsy since the release of her critically acclaimed debut EP, Things That Don’t Exist (listen HERE), released in January of this year.

Kynsy’s debut EP, Things That Don’t Exist, featured three standout singles.  A velvet-lined boxing-glove that delivered a sucker punch of a chorus, wry lyrics about fading chancers and their last grasp at relevance, “Cold Blue Light” was described by Dork as, “all at once understated and anthemic, a foreboding, end-of-the-world beast that channels youthful rage into something that’s both tragic and yet somehow uplifting”. The unwinding riff of “Happiness Isn’t a Fixed State”entangled itself around a jittery cut-up melody that fogged up with damp, heart-scorching melancholy. DIY called it “another instant mesmerising earworm from the rising multi-instrumentalist” and The Line of Best Fit added, “it’s indie rock that blends hyperactive energy with neo-noir sense of style.”  Remarking on the EP as a whole, The Quietus said,  “Although the debut EP from 23-year-old Ciara Lindsey only features four tracks, there’s more dextrous experimentation than a lot of young artists will achieve for years.”

Cementing her place as an artist on the cusp of a breakthrough 2021, NME included Kynsy in the NME 100 with “Happiness Isn’t A Fixed State” at number 1 in the NME 100 playlist, and Dorkadded her to their influential Hype List for the year while Nialler 9 included her as one of the best new acts of 2020.

Annie Mac played “Happiness Isn’t A Fixed State” multiple times on BBC Radio 1, whereas both singles picked up plays from Jack Saunders. Further radio support came from Tom Robinson on BBC 6 Music and Across The Line on BBC Northern Ireland Introducing. In Europe KINK NL made “Happiness Isn’t A Fixed State” track of the week. Closer to home she secured radio support from2fm, RTE Radio 1, Today FM, Nova, Cork 96 and more. Meanwhile Kynsy featured on the cover of Spotify playlists including Fresh Finds Rock, A Breath of Fresh Eire and An Alternative Eire as well as on the cover of Indie Britain on Tidal. Both singles were also included in Spotify’s New Music Friday UK alongside multiple other playlists. The Irish songwriter had previously been tipped in 2FM’s Rising 2020 list and Golden Plec’s 2020 Picks. 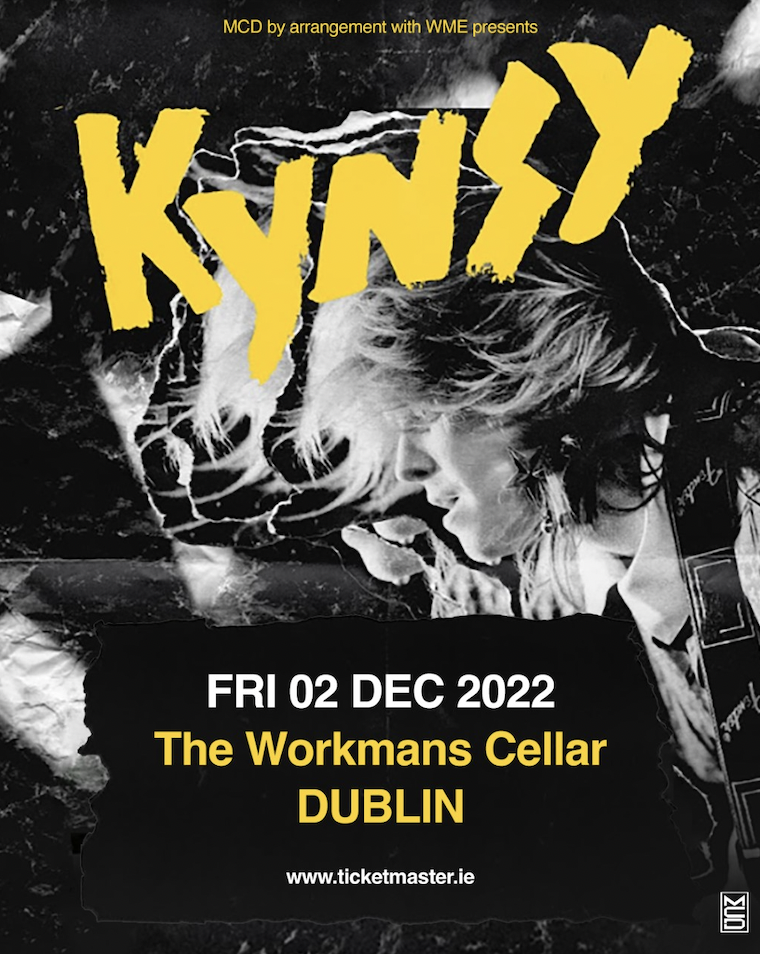