TICKETS €15 ON SALE THIS FRIDAY | TICKETMASTER

Mini Mansions have announced a headline show at the Workmans Club, Dublin on Monday August 24th. Tickets €15 including booking fee go on sale this Friday from Ticketmaster. *This is an over 18s show – ID required.

Mini Mansions know how to be imaginative and unorthodox, while having a grasp on the levity in nihilism and love, and the fine line in between. Their new album, The Great Pretenders, will be released on TBone Burnett’s Electromagnetic Recordings/Capitol Records. They are his first signing.

With the passing years, each member made his own way: Shuman took to the stage as a teen, first in iconoclastic punk collective Wires On Fire through his current role as bassist in Queens of the Stone Age, Dawes has served as a studio hired gun and has worked with Brian Wilson, Kimbra, and longtime mentor T Bone Burnett (who had Dawes play bass on the recent all-star Dylan collection Lost On the River: The New Basement Tapes), while Parkford releases music under his solo moniker Mister Goodnite.

The Great Pretenders ambitiously reflects the depth, variety, and musical/compositional interplay between these three distinct individuals. It’s also probably the only records you’ll hear this year that features both Brian Wilson and Arctic Monkeys’ Alex Turner as guests – indeed, its entire song cycle teems with that kind of surprising discovery. The Great Pretendersactually represents Mini Mansions’ third release, following its 2010 self-titled debut album (put out on Josh Homme’s boutique indie imprint Rekords Rekords) and the group’s first self-released EP in 2009. Immediately, Mini Mansions starting playing shows with the likes of Them Crooked Vultures, The Kills, and Haim; the group quickly gained a passionate following for distinctly fantastical, colorfully melodic psychedelic-pop confections that expanded on their shared influences. “When we first got together, we agreed on things like late Beatles, Elliott Smith, early Big Star, and Electric Light Orchestra,” notes Parkford. “But after spending three years playing together, other tastes come out.”

When Mini Mansions had completed work on the record, T Bone Burnett immediately signed it to Electromagnetic, the imprint he runs via Capitol Records. “I’ve worked with T Bone for years,” Dawes says. “He’s a great friend, boss, mentor, confidante, ambassador – and a serious artist. His co-sign means everything.” “T Bone and Capitol fully trusted in us, and gave us full reign to do what we wanted,” Shuman adds. “When we first started, we were trying to figure out what kind of band we wanted to be. Now that we know who we are, we just want to get these songs out there, and give them the best shot possible.”

TICKETS €15 ON SALE THIS FRIDAY | TICKETMASTER 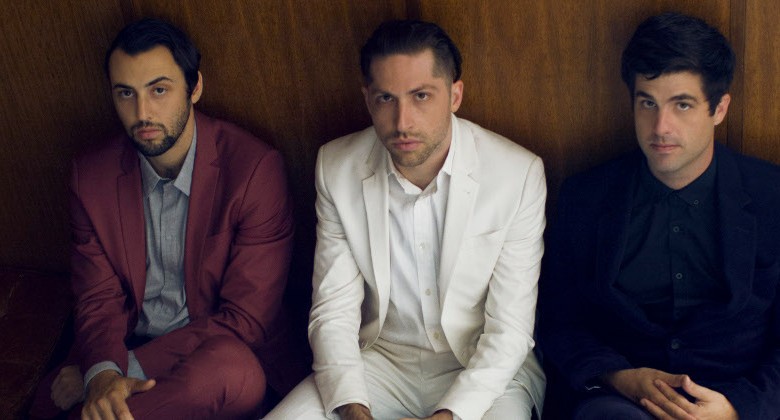