So you want to feel something?

Naked Lungs are a four-piece DIY Noise/Shoegaze outfit from Ireland, blending harsh, heavy instrumentation with melodic hooks to create a cathartic, emotional release in their tracks. They utilise distorted soundscapes and driving rhythms, all the while maintaining their unique approach to both songwriting structure and lyrics.

Following a self-produced Live Video released in July, the band’s debut single Database, is released December 10th, recorded and mixed by Gilla Band’s Dan Fox. The track is a blistering

assault across its less than three minute runtime, showcasing the ferocious intensity the band has on offer.

Following three Special Guest slots with Enola Gay, Bullet Girl and The Love Buzz at the start of this month, the band are happy to announce their debut headline show on August 12th in the Workman’s Cellar. Be sure to bring your earplugs. 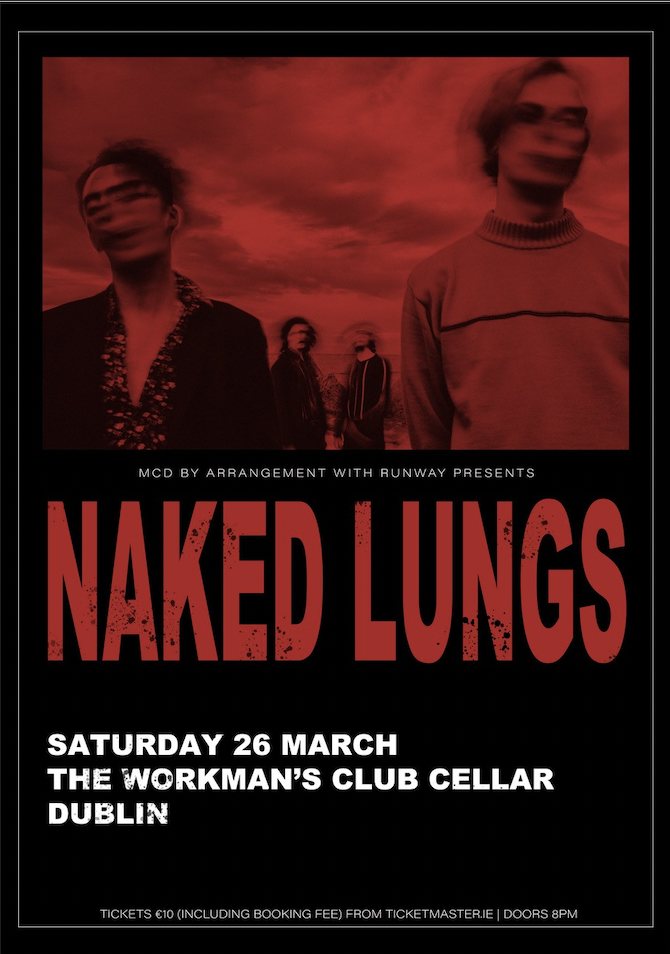