American country artist Priscilla Block is delighted to announce her brand new Irish show, which is taking plans in the Workman’s club on the 29th August 2022. Tickets are €15.35 including booking fees and are on sale this Friday, 20th May, at 10am.

Priscilla Block draws listeners in with her unfiltered, relatable songwriting and catchy melodies. Pegged as an Artist to Watch by Amazon Music, PANDORA, Spotify, CMT, The Boot, MusicRow, HITS, Sounds Like Nashville, Country Now, Music Mayhem and more, Priscilla’s honest and upfront approach promotes self-love, empowerment, and acceptance through her own blend of country pop and southern rock, dubbed the Block Party sound.

Originally from Raleigh, NC, Priscilla moved to Nashville to pursue music shortly after high school. In Nashville, the affable, hardworking, student of life worked multiple jobs to make ends meet, then a chance encounter with her idol – Taylor Swift – was the sign she needed to dive all the way in on her music. Priscilla is a seasoned performer sharing the stage and opening for artists including Dierks Bentley, Jon Pardi, Kelsea Ballerini, Rodney Atkins and more.

Early in the pandemic, Priscilla was struggling to make ends meet after losing her job and her apartment. Unable to get out and play in person due to Covid-19, Priscilla began experimenting on TikTok and quickly developed a rabid fanbase with songs like “Thick Thighs,” “PMS” and “Just About Over You.” Fans rallied together to independently fund Priscilla’s recording and since its release, “Just About Over You” peaked both the iTunes Country and All-Genre song charts, the song was named one of The New York Times Best Songs of 2020, and it recently reached Top 15 on country radio. “Just About Over You” along with “Wish You Were the Whiskey,” “I Bet You Wanna Know” and more expected on Priscilla’s upcoming debut album. 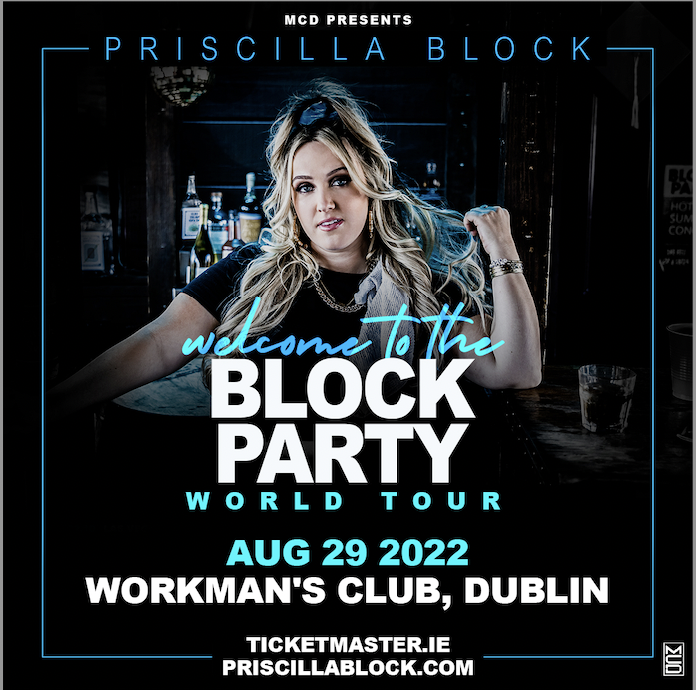