Brass-infused indie Sextet Red Rum Club have announced a Dublin show as part of their latest UK & Ireland tour; with the Liverpool band playing The Cellar at Workman’s Club on 10th November.

Tickets from €15.00 including booking fees are on sale Thursday 28th July at 10AM

Red Rum Club, composed of vocalist Fran Doran, Tom Williams on lead guitar, Michael McDermott on rhythm guitar, Simon Hepworth on bass, Neil Lawson on drums and their famed trumpet player, Joe Corby, first formed in 2016 following a chance meeting in a Liverpool pub. Since then, the band have released a string of singles and projects and become one of the most popular live acts on Merseyside. The band released their highly anticipated debut album The Hollow of Humdrum, in October 2020.

Through extensive touring and regular releases, Red Rum Club have built a huge following – a measure of this is that they have sold out numerous venues nationwide (including Mountford Hall Liverpool 2,300 capacity 2 months in advance.) Since the return of live, they have supported Circa Waves on a UK tour, headlined two UK tours with many sold out shows (see posters), made their North America debut tour, including several shows at SXSW 2022, and supported Miles Kane. Following a summer of festivals, the band head out on their 2nd North America tour in the Autumn with 14 dates 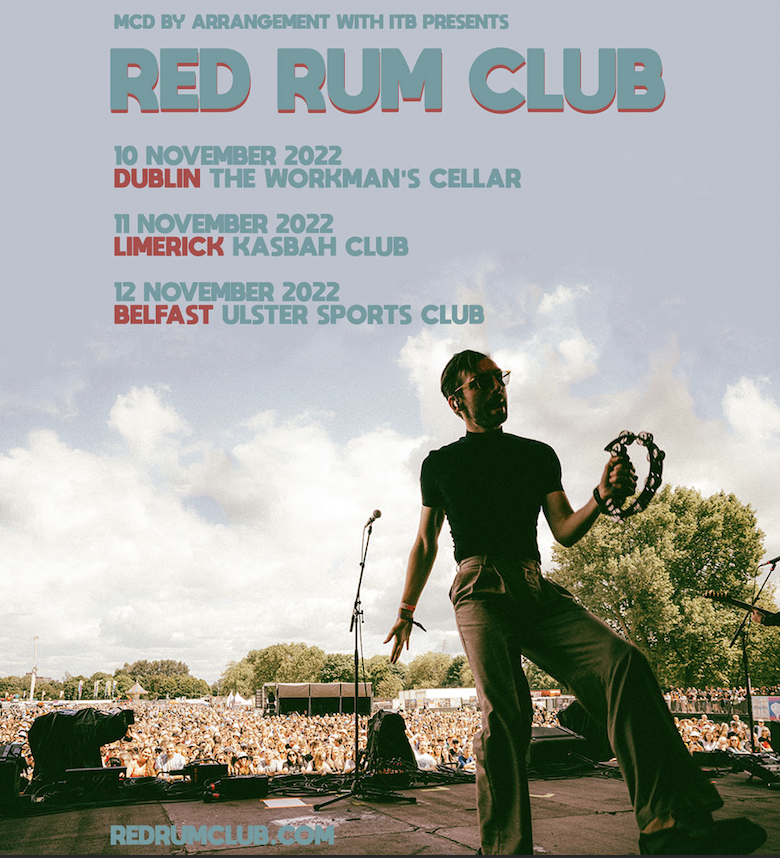