“With powerhouse vocals that rival the enchanting beauty of Freddie Mercury and George Michael, Shobsy writes songs that send your spirits soaring”

Fresh from his sold out Upstairs at Whelan’s gig Shobsy announces a June 4th Headliner at the Cellar.

Shobsy has just released his debut single ‘Vanity’ – a dynamic portrayal of self-obsession in the 21st century.

Coalescing contemporary soundscapes with classic pop melodies of the 80s, Shobsy has been hotly tipped for his compelling vocals and is rapidly becoming a leading artist to watch in Ireland. ‘Vanity’, a startling debut in its own right, hits the ground running with riveting falsetto and pulsing synth that mimics the modern-day sonics of The Weeknd with the nostalgic adrenaline rush of 80s icons like A-ha and Bronski Beat

“Lyrically the song deals head-on with the concept of vanity and self-obsession in an age where social media becomes an increasingly integral part of our lives,” Shobsy says.

The track was received to rave reviews from Earmilk, PopMatters, HotPress, Today FM, RTE, and a host of UK Blogs.

Having spent the last 12 months in hiatus to sharpen his sound and stagecraft, now is the time for Shobsy to launch an artistic reinvention, propelling himself in a fresh direction and en route to becoming a well-rounded, genre-defying artist.

Formerly the lead vocalist in acclaimed rock group State Lights, the quartet soaked in success with their stadium-sized anthems, including ample appearances at both Electric Picnic and The Late Late Show. In equal measure, State Lights dominated airwaves with international airplay on KROQ in the States and Radio X in the UK. Selling out his first solo show at Dublin’s Workman’s Club last autumn, Shobsy has since swept up a support slot for RTE Choice Music Prize nominees Soda Blonde’s spring Irish tour.

“Vanity is a startlingly offering with riveting falsetto and pulsing synth that mimics the modern-day sonics of The Weeknd with the nostalgic adrenaline rush of 80s icons like A-ha and Bronski Beat. A pop banger”

Record of the Day. 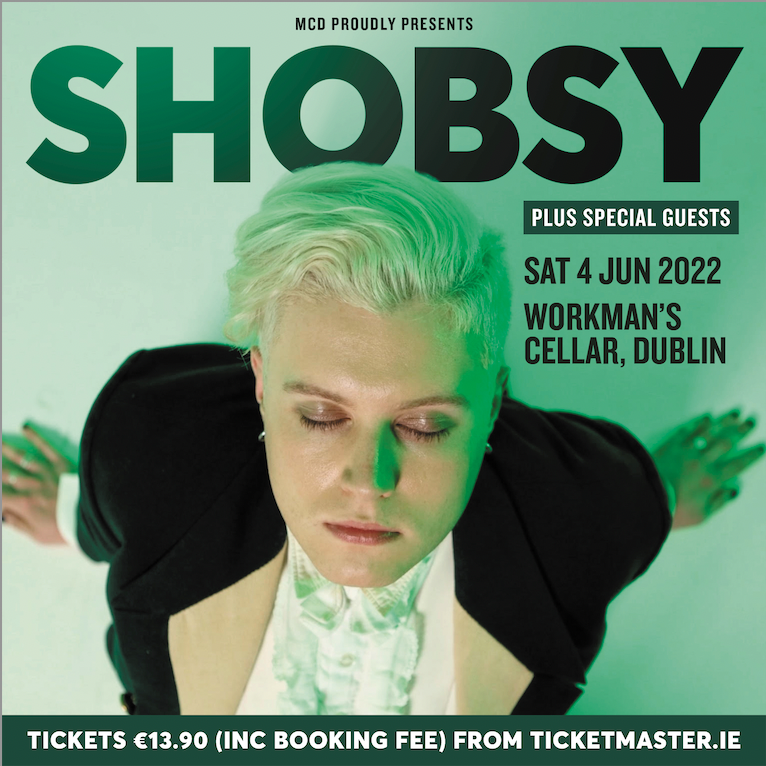