Sion Hill announces new single ‘Could Have Had It All’ set for release on October 29th followed by highly anticipated new E.P. ‘A State Of Permanent Flux’ on November 12th, 2021.

It’s been over a year since Sion Hill’s last release ‘Speak Up’ – an uplifting, liberating song saying it’s okay not to feel okay, which showcased a musician carefully going back to his roots, and in that time it seems that Sion Hill has swayed in and out of the dangerous waters of love and now hints towards what the future may hold.

As anyone who has experienced a break-up knows, it can take some time to come to terms with what happened and the fact that you may never see or speak to that person again. Depending on how civil the ending was, of course, we can choose to follow a path of anger or we can try to understand exactly what went wrong in order to move on.

‘Could Have Had It All’, the new single from Irish Soul-Pop singer Sion Hill examines a past relationship and how things ‘could have’ been if they had stayed together.

“This is no standard song about unrequited love. Set in a retro-vintage musical setting equipped with fluttering strings, trumpets and a full band, but with a modern twist (the odd use of delays and’ trap style’ hi-hats) it’s not even so much that the song is so romantic, but “there is such energy in Johnston’s voice which gives the whole song a very real and raw touch.”
– Katharina Viktoria Weiß MYP Magazine, Berlin

Recorded in Hamburg, Germany shortly before moving to London, ‘Could Have Had It All’ sets the scene for what is to come – a new E.P. ‘A State of Permanent Flux’ which is set for release in only a few weeks time on Johnston’s own label, Dead Rent, a European Tour in February 2022 with his band and a full length album ‘Warm Milk’ (Yes finally) coming next summer… It’s safe to say this single may be a harbinger of a whole new era for the young Irish artist.

Could Have Had It All is available on all streaming platforms from October 29th, 2021. 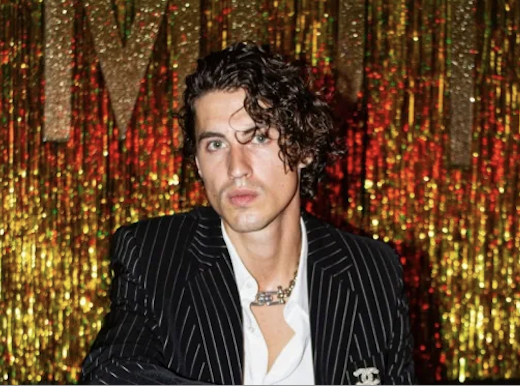