Tickets €15.50 including booking fee on sale from Ticketmaster

Darwin Deez fourth album, entitled ’10 Songs That Happened When You Left Me With My Stupid Heart’, will be released August 31 via Lucky Number.

To celebrate the announce, Darwin has shared the album’s opening track and first single ‘The World’s Best Kisser.’ Darwin Deez also announces both US and UK/EU tour dates today

Darwin Deez is a New Yorker originally from North Carolina. After the success and critical acclaim of the hit single “Radar Detector” and his self-titled debut album, in 2010, he toured extensively in support of second and third records Songs For Imaginative People (2013) and Double Down (2015).

The crux of his fourth album, 10 Songs That Happened When You Left Me With My Stupid Heart, is Darwin’s singular songwriting. Darwin, the autodidact, is fiercely original as an artist, and enormously catchy and accessible. In the contemporary musical landscape, overfull as it is with redolent reverbs and saccharine synthesizers—a style of music he jokingly calls “Spotify-wave”—Darwin still makes sparse guitar songs. But not the kind of mellow, “psychedelic” 70’s-inspired stuff typical of most guitar-based indie groups nowadays. Songs with energy (“why should EDM have the monopoly on danceability?”). Songs with vulnerability. Songs with relatable, audible, intelligible lyrics. “Ever since I bought my first CD—Last Splash by the Breeders—I’ve been internally railing against the kind of vague nonsensical stuff that passed for lyrics in the 90’s. It’s not that it was objectively bad, but it was so cryptic and over my 13 year old head that it infuriated me.”

“Everyone is getting a free pass, lyrically,” Darwin says. Had it not been for the full year he spent in 2007 attending weekly open mic nights, at Sidewalk Café in NYC’s East Village, hosted by scene godfather Lach (whose progeny include Beck, Regina Spektor, and The Moldy Peaches) Darwin might never have been challenged to develop his voice as a lyricist. “I’ve always respected country songwriters because they’re some of the last ones standing, lyrically. They’re some of the last writers not to be getting away with murder out here. They don’t mess around in Nashville.”

Darwin Deez is one of the few indie musicians who truly ought to be much more famous than he is. Someone with the refreshing ability to be both goofy and grim. Someone with the songwriting chops to express the human condition artfully, in a way that cuts through thick clouds of cultural static. Someone with his own sound and his own style. “I’m mixed; my dad is half black and my mom is white. Maybe that’s why I make the kind of music I make. It’s definitely why my hair was like that. That hairstyle was the only way I could figure out to wear it that looked good to me. Mixed race hair is definitely a thing. My dad is always talking about the mixed race experience.”

The origin of his originality is beside the point. It’s here. It’s been here. And on this record, there is a wider-than-ever range of its expression both instrumentally and vocally. And Darwin always delivers the most unique sing-a-longs, heartbreak or no.

Tickets €15.50 incl booking fee on sale Friday 25th May at 10am from Ticketmaster 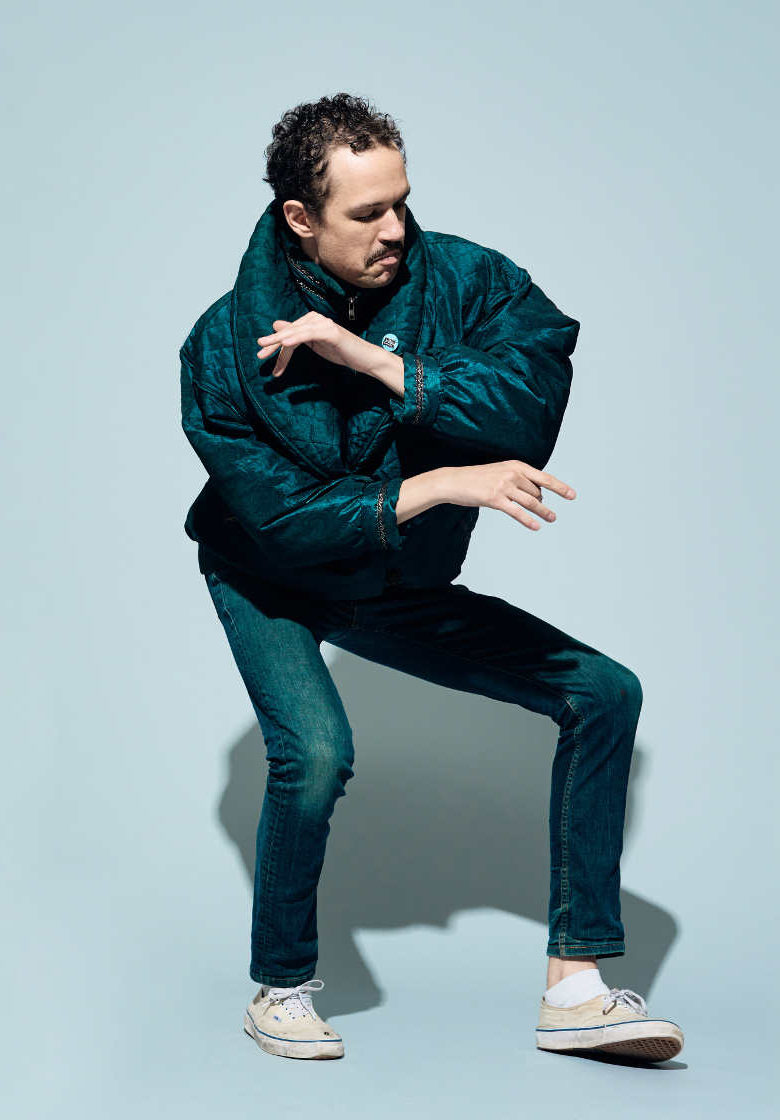