Tickets €12.50 including booking fee on sale Wednesday 9th May at 9am from Ticketmaster

London-based four-piece (originally hailing from Kent and Leicestershire) met at school whilst playing in rival bands. Now aged 23, Sea Girls are proving adept at delivering simple storytelling and arena-ready anthems. Debut single & EP `Call Me Out’ being a case in point, absolutely smashing it on release in June 2017.

“An unrelenting juggernaut of a tune” – Clash Magazine.

The track was quickly added to the Radio 1 playlist and listed as BBC Introducing `Tune Of The Week’ and have been consistently championed by Annie Mac ever since. Following further releases `Lost’ and `What For’, 2017 was rounded up with the band playing two sold out headline shows in London.

Blasting in to 2018, Sea Girls were cherry picked by R1 Huw Stephens `Ones To Watch for 2018’ plus included in the NME 100 Artists for 2018 off the back of `indie disco’ track `Heavenly War’. February saw Sea Girls embark on their first UK tour including selling out London’s Omeara. This summer will see Sea Girls bring their anthemic guitar sound to festivals up and down the UK including already announced Reading & Leeds, Citadel, TGE, LAL, Truck & Belladrum festivals.

Sea Girls play The Workman’s Club 23rd October. Tickets €12.50 inclusive on sale 9th May at 9am from Ticketmaster 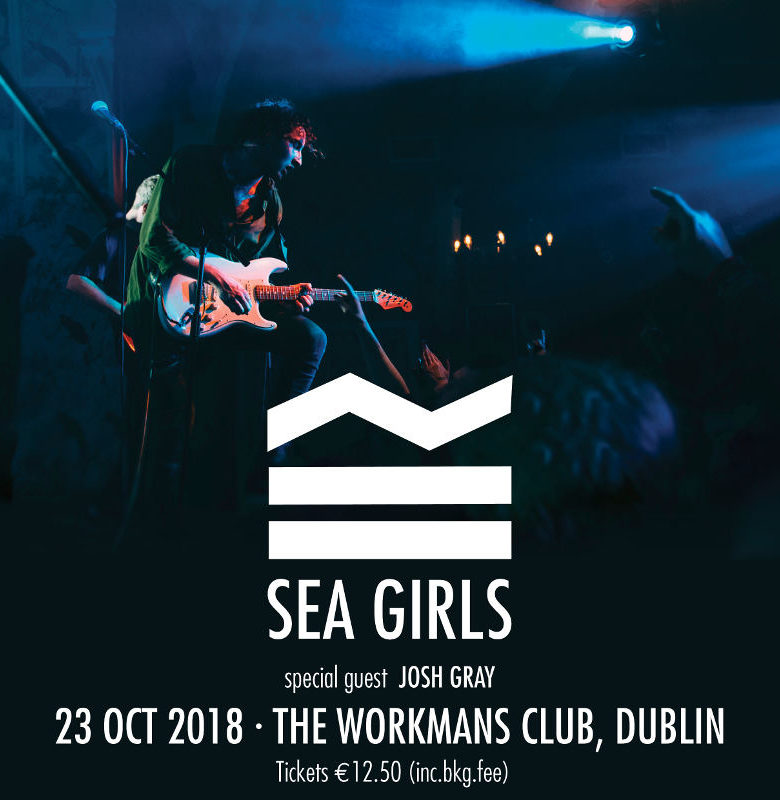