Tickets from €9.80 on sale this Friday, 30th November at 9am from Ticketmaster

Fresh from a storming performance at Electric Picnic (where they performed alongside The Kooks, St Vincent and Cigarettes after Sex on the prestigious Electric Arena Stage) State Lights have announced a headline gig at the Workman’s Club for Friday March 1st 2019.

Earlier this year the band released “Freedom” which was the follow-up single to “Peace Will Come,” which was supported by 2FM, featured as the Homegrown Hero and Artist of the Week on Today FM, led to a performance on ‘The Late Late Show’ and tallied substantial airplay and support from KROQ Los Angeles, Radio X (UK) and a host of other International radio stations.

“With powerhouse vocals that rival the enchanting beauty of Freddie Mercury and George Michael, “Freedom” is a joyous 80’s-coated ballad that will send your spirits soaring” – HotPress

“State Lights – Dublin band whose EP is full of bracing, assured rock/pop tunes and who already have a sound which is aiming for stadiums and arenas. Frontman Shobsy’s voice is one of their key assets, but the musicianship underpinning the songs is also pretty striking at this early stage. The sound of a potentially very large crowd” – Jim Carroll, RTE

“Stylististically perched between classic U2 and The Killers, State Lights’ songs are made for radio” – Stephen Byrne, Music Editor Golden Plec

“You get the feeling that this is the start of something big” – buzz.ie

Tickets from €9.80 on sale this Friday, 30th November at 9am from Ticketmaster 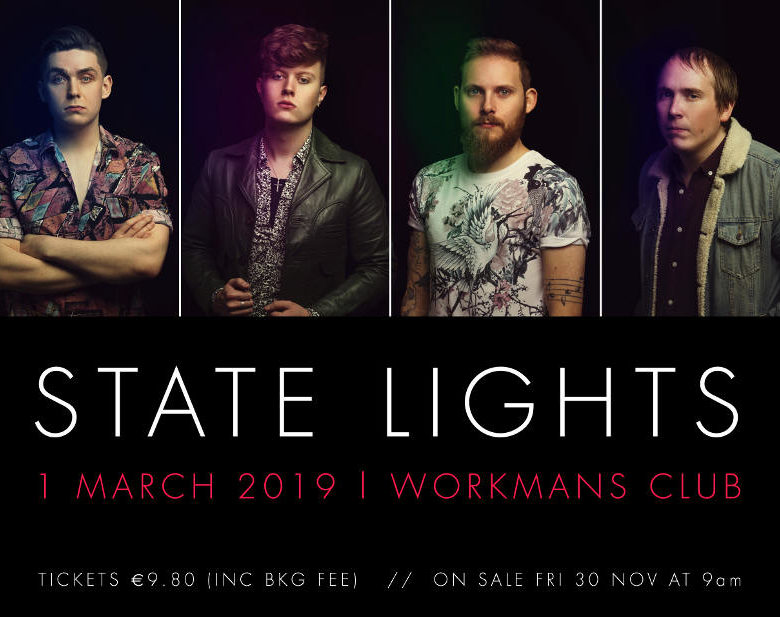