Launch Debut Single with Late Night Show this December 30th
Late night show for you on New Years Eve Eve in The Workmans Club with Mescalito launching their debut single “No ExIts” from their forthcoming EP. This is a late night gig with an AV show from Jeff Jeff Jeff of Ge0 Pop. Single download available with ticket upon arrival.

Tickets are €8 pre-sale and €10 on the door, available via DICE FM App which you can download for free via the Google Play Store or App Store.
There are no extra charges via DICE which we like.

“Mescalito have this sound somewhere between The Minutemen, Frank Zappa and 70’s era funk. My highlight of KnockanStockan 2016”
R S A G – Jeremy Hickey.

Mescalito now have a 5 track EP under their arm after recording with Rían Trench (Solar Bears, Leo Drezden) in his Meadow Studios, Delgany, Co.Wicklow. Their debut self-titled EP is set for vinyl release in Spring of 2017. The first taster of this EP is the single “No Exits” which is out on December 30th and the band are hosting a special late night show to celebrate.

Known by many for their electrifying live jams, Mescalito give you a unique experience by dabbling in techno, hip-hop, funk-rock and afro- beat influences. They create a hypnotic sound, which is known to etch onto your mind, body and soul for some time after seeing their live show. 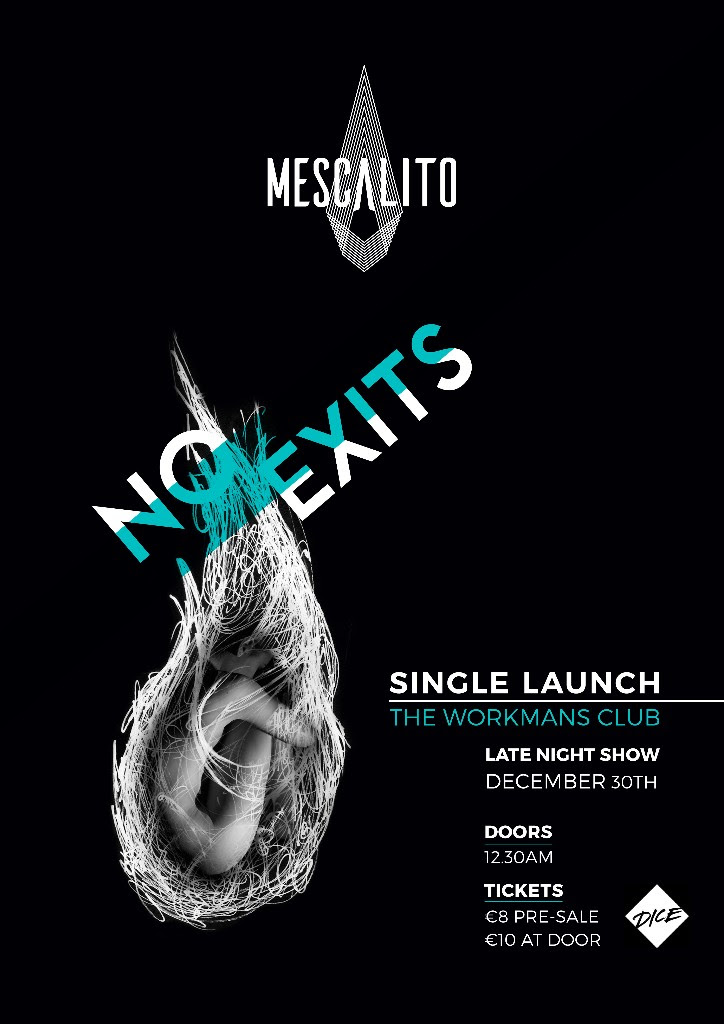