Evoking a sound shared by singer-songwriters like Tracy Chapman, John Martyn, Ben Howard, The Mamas and The Papas and Johnny Flynn, Stephen Gormley (Moon Looks On) is a gifted lyricist with a knack for packing emotion into pop songs.

A regular on the Irish gig circuit, Stephen is a full-time musician who swapped his decks for a guitar 10 years ago. Originally from Sligo, Stephen met his band mates when he moved to Dublin to study music.

After the independent release of their debut EP, simply titled ‘Moon Looks On’, the band were invited to play at St. James’ Church at Other Voices, as part of the IMRO Other Room
special that was broadcast on RTE 2fm in March 2018. Describing their sound, Tony Rea (Other Voices) said: “The easy outline for Moon Looks On is a bit of Van Morrison mixed with a
bit of The Waterboys.”

Two more self-released singles followed in 2018 – ‘Pray for the Rain’ and ‘Summertime in Bloom’. Moon Looks On continue to receive steady attention from fans and media alike, with radio play in Ireland and the UK. Producer Mike Hedges (The Cure/Manic Street Preachers/Travis) described Stephen’s compositions as “words and songs from the head and heart” while, more recently, Radio X Manchester’s Clint Boon (Inspiral Carpets) predicted that “this band are gonna be massive”.

Their latest single ‘Friends Keep Dropping’ is out now on AMS Records. The full band will headline The Workman’s Club on February 28th, performing new songs from their upcoming album, due for release later this year.

It’s looking like 2020 will indeed be huge for Moon Looks On. 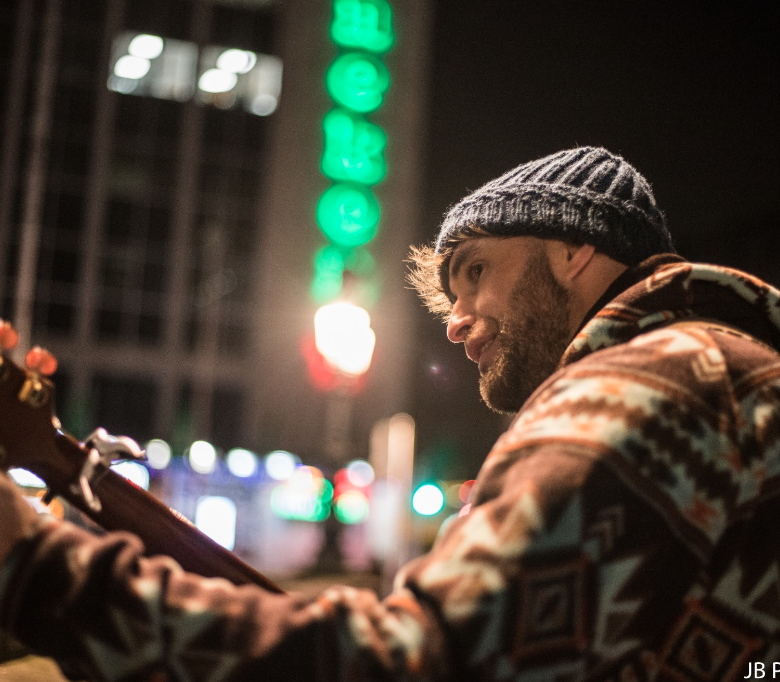