Morrissey & Marshall have had a busy and fruitful year so far having kicked off 2019 in Holland at Eurosonic, playing shows in
Scandinavia in March, and then supporting The Magic Numbers on their European tour in April. The folk’n’roll duo/band have
completed a smash Ireland tour in May. This was bolstered by the killer line-up featuring the sensational and outrageous new
band, The Family Dog, and Tom McQ with his catchy and timeless tunes.
Now back from festivals in Holland and another Irish tour with The Magic Numbers, Morrissey & Marshall and friends are returning to
Ireland again this December and bringing this magical lineup on the road once again.
Folk’n’roll harmony duo, Morrissey & Marshall, based in London, have spent the majority of their time in the capital honing and
harnessing a range of classic musical influences to produce a live act of timeless pop-rock appeal. Their first 2 albums, And so It
Began and We Rise, won them plaudits as the finest pair of harmony singers to have emerged on the circuit for decades.

Not everybody can boast such collaborators as Luka Bloom, Damien Dempsey and Davey Spillane on their debut album. But when you meet Steo Wall for the first time, you quickly understand why such legendary musicians wanted to get involved with Where I’m From – Steo’s debut album. A sound bloke, quick to laugh, with a rich Dublin accent and the wit to go match it; Where I’m From boasts eleven heartfelt biographical tracks. Damien Dempsey calls Steo’s work ‘Irish soul music’, and was quick to ask Steo to be his warm up act on national tours in 2016, 2017 and at Christmas, 2018 Damo again asked Steo to warm up the crowd to a full house at Vicar St. Dempsey also features on the first track released from Steo’s album – What’s wrong with the world Ma.

Mixing traditional Irish folk with some contemporary Irish rap, Steo brings the listener on a journey from the bad-lands of Dublin, working class, housing estates to the beauty of Ireland’s west coast. Steo paints a picture of rebellious, loved friends and adored, family members, the album being an homage to those gone before him. It’s these family members who give us an understanding of the depth of Steo’s musical influences. When Steo told Davey Spillane of the family connection to the world renowned, gypsy, uillean pipers, Johnny and Felix Doran, Davey offered to put his sound onto one of the tracks. Sarah Doran, an ode to Steo’s traveller grandmother is the third track on the album, and Davey Spillane’s whistle is a beautifully-fitting tribute.

Growing up in Dublin gave Steo a grounding in rap, ‘Though I was more Toothpick then Tupac’, he jokes. But it also saw him lose friends and family members to prison and drugs. Steo left Dublin for Co. Clare in 2012, and started working as a fish smoker in Lisdoonvarna. He quickly immersed himself in the vibrant local music scene of North and West Clare, which is where he met his partner and the mother of his two children, Fair City actor Jacinta Sheerin, a fellow Dubliner born and bred. Jacinta sings backing vocals on a number of tracks from the album. The pair also sing as a duo in local pubs and clubs where Jacinta always encouraged Steo to sing his own songs. One of these songs, Little Babe, a love song to his unborn child, caught the attention of Irish folk legend Luka Bloom. Luka agreed to teach Steo the art of recording in studio, and co-produced ‘Where I’m From’; alongside Steo. In October 2018 Steo was asked to perform as part of the RTE Radio1 inaugural folk awards in Vicar Street. And in 2019 Steo was again asked to sing, Rainy Night in Soho as part of Irelands Favourite Folk Song which Aired on, RTE ONE. Since the launch of Where I’m From in June 2018, Steo has headlined Doolin Folk Festival, K-fest, Feile NASC, asked to sing at the RTE, #simplyfolk Tent at All Together Now and played countless Theatres and venues across Ireland.

you’d be forgiven for thinking he’s five records deep into his campaign.”

‘Where I’m From’ is a love letter to the people and places who raised him from a boy, into a man, who wears his heart on his sleeve. With authentic lyrics, beautiful musicianship and melodies that you’ll find yourself singing for days ‘Where I’m From’ is like a burst of colour on a monochrome landscape.

Latest Single ‘In Between Stations’

Club 27/11 ( THE LEXINGTON, LONDON)
“Tom McQ is without any doubt an important musical talent. A quiet national
treasure of the Bob Dylan and Paul Simon mould. A voice of soul and grit, his
unique lyrics and strong melodies will have you kicking yourself that you’d not
heard him sooner. ”
Yack Magazine
“Tom is a travelling troubadour, a wondering
wordsmith. A busking Bard; the music is something that lives in him and he’s
kind enough to share it with those around him.
He has enough material to happily play from dusk til dawn and every song is a
masterwork.” – Matt Miles
Yack Magazine
“Something about his music reaches out and grabs you by the chest. It draws you
in and once you’ve been caught in its inexorable force there’s no way to get out.”
– Matt Miles
YouTube: https://www.youtube.com/channel/UCFknivWXABjOjZUlbPzuLqQ
Facebook: https://www.facebook.com/tommcqofficial 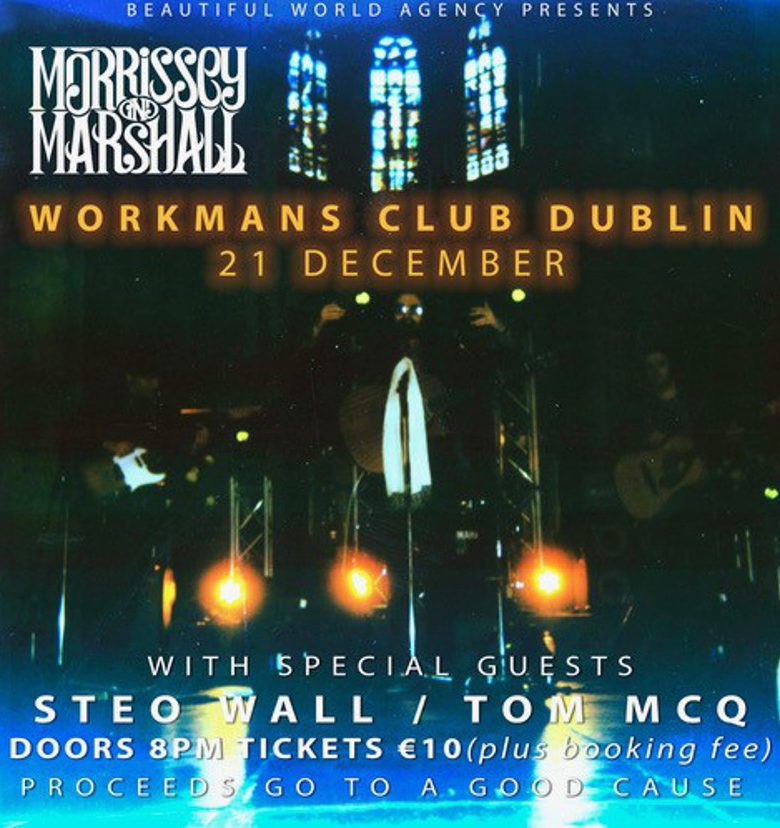