Hitting the half-century in style, NO ENCORE will mark its 50th episode with a live extravaganza at The Workman’s Club. Featuring live turns from the Choice Music Prize-nominated We Cut Corners, the equally Choice-nominated Bantum, Limerick alt-rock heroes Windings, and the sensational Farah Elle, the night will also see a host of special guests pop by to talk it out with hosts Dave Hanratty, Colm O’Regan and Craig Fitzpatrick. Think Jools Holland, without the lads joining in on boogie-woogie piano… It’s set to be a spectacular evening, and a little bit of history – one you don’t want to miss.

EARLY BIRD TICKETS ARE SOLD OUT! 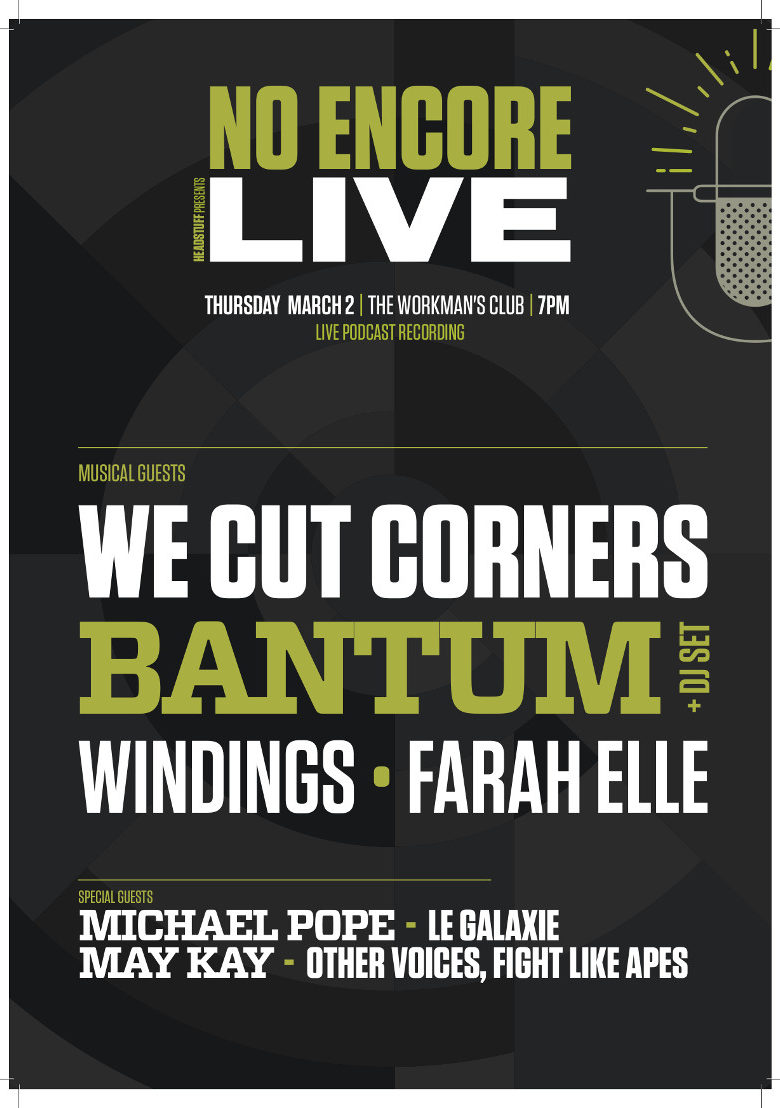