Olivia Hally and Pepita Emmerichs met in music secondary school in Melbourne, Australia, drawn together by a shared love of songs with no boundaries or expectations. The duo, now both 25, have since unveiled three EPs, but it’s their debut album, Stadium Cake, released in July 2016, that truly showcases Hally and Emmerichs’ uniquely compelling collaboration to date.

Oh Pep! have been bringing their recordings to the stage for the last few years, first trekking around Australia and then touring internationally since early 2015. They’ve performed at key festivals including CMJ, SXSW, Primavera, Glastonbury and Nashville’s Americana Music Festival, and on the airwaves for Seattle’s KEXP and NPR’s Tiny Desk. KCRW named Oh Pep! an artist who ‘won’ CMJ and NPR’s Bob Boilen proclaimed that “the Melbourne band’s music is infectious. Their harmonies are sweet, with lyrics that are thoughtful, deep, funny and poetic.”

Stadium Cake has earned the duo critical acclaim from likes of The New York Times, Rolling Stone, NPR, The Village Voice and Stereogum. In Australia it won ‘The Age Music Victoria Award’ for Roots Album of the Year. Oh Pep! toured Europe for the first time supporting Lake Street Dive and Basia Bulat, and in North America with Nathaniel Rateliff & The Night Sweats, Lord Huron, Mountain Goats and Valerie June. Oh Pep!’s Sophomore album will be released in the fall of 2018

“This is pop at its most kinetic” – Consequence Of Sound

“This album is miraculous” Paste Magazine

“Seeing Oh Pep! Is one of those times when the crowd realizes they’re seeing future stars for the first time.” Pop Matters

“Life affirming” – Record of the Day

“Fast, boisterous and baroque, a statement of intent that highlights the groups ambition to be more than just a folk act” The Village Voice 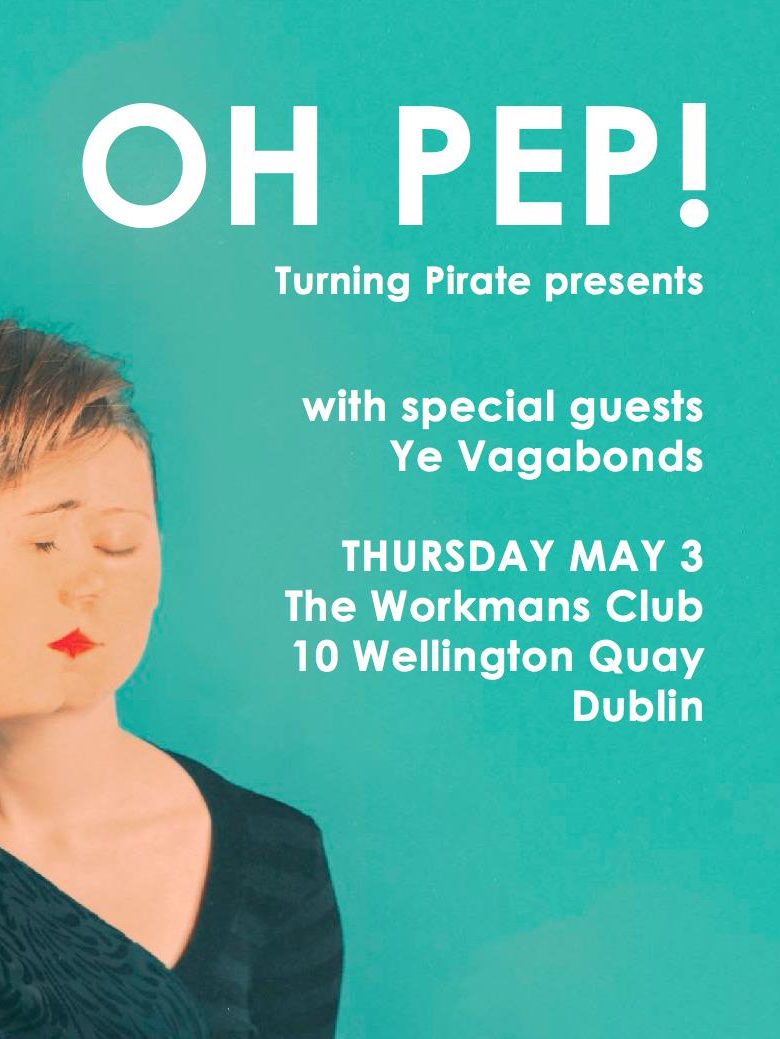