The Irish Rock N Roll trio ONOFF relocated to California in 2013 and have been successfully touring the West Coast and beyond ever since. Hard hitting, energetic live performances have earned them sold out, headline shows in prestigious venues such as Whisky a GoGo, Slims, Bottom of the Hill & The Great American Music Hall in San Francisco and countless other venues, festivals & casinos across the western seaboard.

Before their relocation to California, ONOFF toured successfully for over 8 years across Europe. Their close relationships with booking agents and venues secured shows on some of Europes biggest stages and venues.

ONOFF were busy through the lock down, writing and recording their eagerly anticipated new album with legendary US rockers Tesla bassist, Brian Wheat. They flew to New York for a month to finish up the mixing process after recording sessions in Sacramento and Texas, with the release scheduled for early 2023..

“Blah Blah Blah” is the first single off their new record also titled “Blah Blah Blah” and was released on July 12 this year. This high energy track touches on the current power struggle between the general public and their relationship with corrupt governments. The band have recorded a funny, spin-off type video featuring some current presidents to accompany the release.. 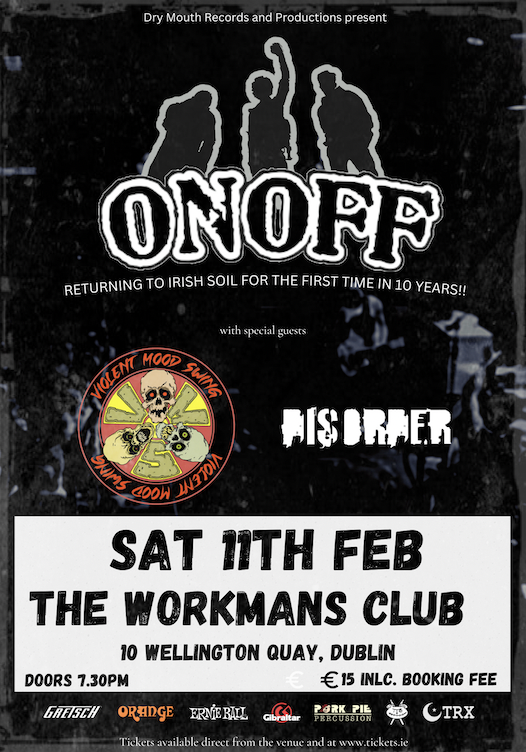