It’s Friday, and we’re in love (with live music). OSLO is a brand new Friday night event coming to The Workman’s Club, Dublin once a month. Here’s the deal. OSLO will be showcasing Ireland’s most exciting new artists in a club night atmosphere – allowing you to get a taste of what the future of Irish music looks like. We wanted to put on a night where bands can be discovered in a party setting. Doors to this awesome monthly night will open at midnight and will run ‘til super-late, like every proper party should. Oh, and did we mention it’s all FREE?

OSLO III is hosting one of the best live bands in Ireland who’ve been going from strength to strength with each release. THUMPER are a noise-pop quintet from Dublin, delivering bubblegum pop through a wall of sonic death. With a reputation for raucous and frenzied live shows, and penchant for howling feedback and pounding rhythm, each show is an exercise in unpredictability.

Fresh off the back of selling out the secret location launch gig for their 3rd EP “POP! GOES THE WEASEL” (Voted EP of the Year by Golden Plec & REMY, with single The Loser making top 10 songs of the year by The Last Mixed Tape), 2018 has seen THUMPER top several Ones To Watch lists and tour relentlessly – headlining Hard Working Class Heroes & Whelans Ones To Watch Fest, as well as joining Fangclub on a national tour.

The latter part of the year saw a string of dates with The Strypes & Bitch Falcon, and a capacity bending headline show in The Workmans Club on New Years Eve. Now THUMPER have blasted into 2018 with AFL, the lead single from their upcoming studio EP (produced by Dan Fox of Girl Band). 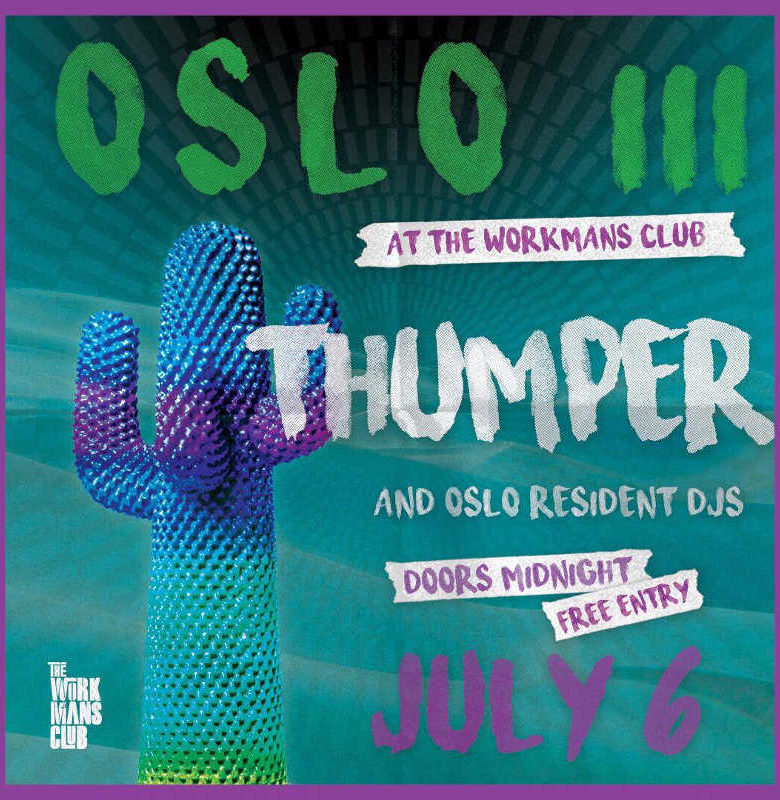