Friday Nights At The Workman’s Club

It’s Friday, and we’re in love (with awesome live bands). We are psyched to bring you OSLO, a brand new Friday night event coming to our gaff once a month. Here’s the deal. OSLO will be showcasing Ireland’s most exciting new artists in a club night atmosphere – allowing you to get a tast of what the future of Irish music looks like. We wanted to put on a night where bands can be discovered in a party setting. Doors to this awesome monthly night will open at midnight and will run ‘til super-late, like every proper party should. Oh, and did we mention it’s all FREE?

We are kicking off OSLO with one of Dublin’s most savage new bands The Murder Capital on Friday, 11 May.  The Murder Capital is a Dublin based post-punk musical outfit featuring James McGovern, Morgan Wilson, Damien Tuit, Cathal Roper and Matt Wilson. Pairing the exactitude of the songwriting with impassioned and primal performance, McGovern’s stage movements are both jarring and exhilarating. With no recordings as of yet, the quintet are currently carving their name out in the Irish live scene. The raw performance visually and sonically represents the originary states of grief, lust and despair, which form the conception of the songs’ lyrics and soundscape. You definitely do not want to miss these lads.

Keep yer eyes peeled on our Twittles / Facey and our brand new Instagram for all the deets and for upcoming news on who’ll be next on the OSLO stage.

But first, Friday 11 May – The Murder Capital. Chalk it down!

Friday, 11 May – The Murder Capital 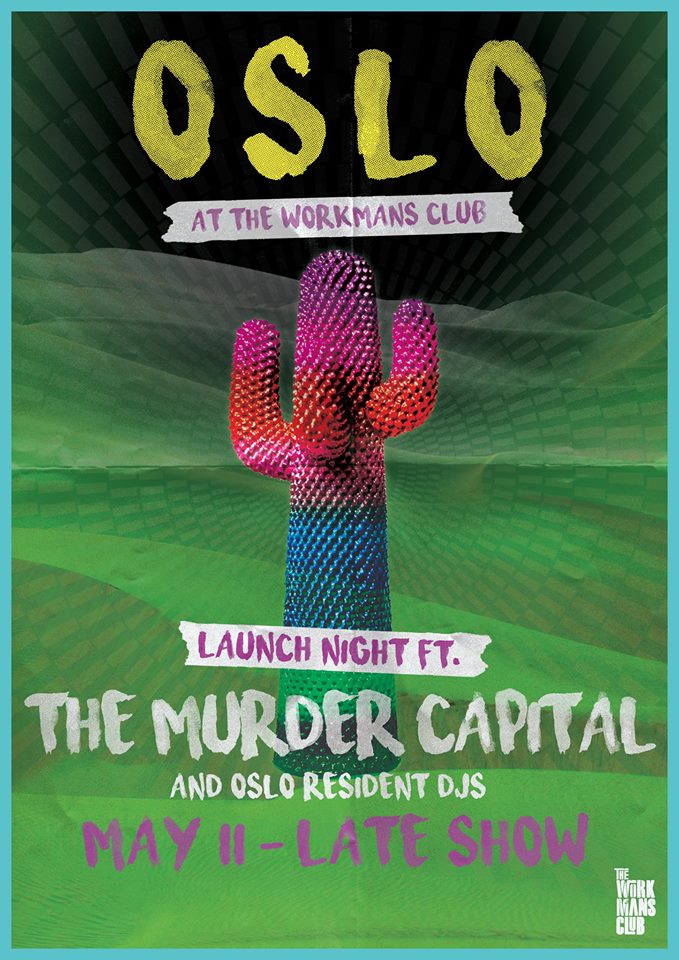