We’ve been keeping Fridays REAL over in The Workman’s Club with OSLO, our new monthly Friday night event. OSLO showcases Ireland’s most exciting new artists in a club night atmosphere – allowing you to get a taste of what the future of Irish music looks like. We wanted to put on a night where bands can be discovered in a party setting. Doors to this awesome monthly night open at midnight and will run ‘til super-late, like every proper party should. Oh, and did we mention it’s all FREE?

On Friday, 14 September we are PSYCHED to welcome one of Ireland’s most exciting live bands to the OSLO stage.

Kid Karate are back with their first EP called “NEWSPEAK” under its new line up and we’re delighted to welcome one of Irelands most exciting live bands to the OSLO stage.

After the departure of the original drummer, the band now resembles a super group, consisting of some of the
best musicians Dublin has to offer. Coming in to fill the space on drums is Oisin Trench formerly of “Enemies” and the bass playing prowess of Ian McFarlane also of “Squarehead.”

The new tracks from “Newspeak” sees the band getting back to basics with RAW rock recorded live, this is the sound of a band having fun in a room together and nothing more.

Check out some super-sweet tunes courtesy of Kid Karate, PLUS we’ve got our deadly OSLO DJs on the decks, too. It’s ALL FREE. 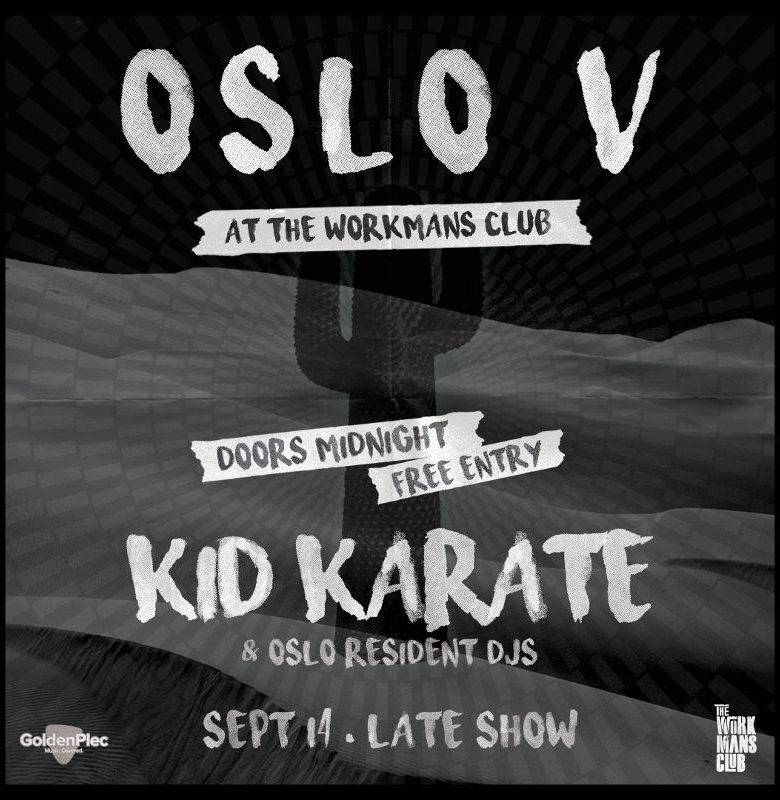