Beginning in 1991 with infamous psych-rock provocateurs The Brian Jonestown Massacre, Matt Hollywood has trodden many musical paths over the last two and a halfdecades. From deceptively accessible BJM standouts like Not If You Were The Last Dandy On Earth and Maybe Tomorrow, to the tripped-out folk pop of The Out Crowd, and the hazy elegance of Rebel Drones, Hollywood’s songwriting has wandered through multiple genres, the playful experimentation always grounded in a core of earnest emotion. Drawing on such diverse influences as Cohen, Hazlewood, Morricone, Gainsbourg, and classic blues and country, Hollywood is returning to the road with music from his upcoming WavePOP Records release, as well as some old favorites and never-heard-live rarities.
https://www.matthollywoodandthebadfeelings.com/music 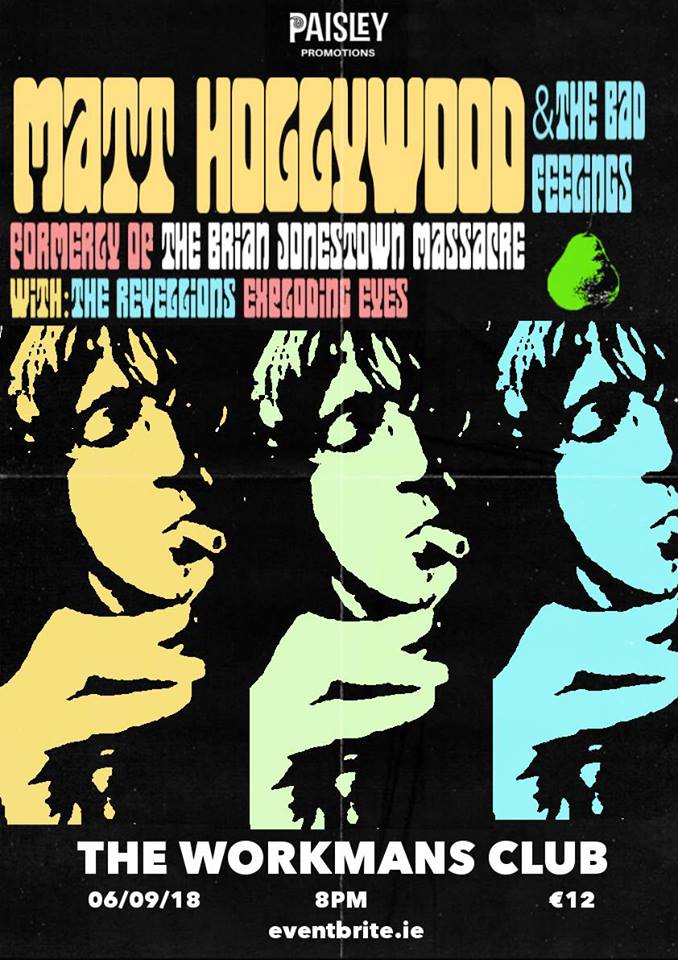