Kikagaku Moyo started in the summer of 2012 busking on the streets of Tokyo.

Though the band started as a free music collective, it quickly evolved into a tight group of multi-instrumentalists. Kikagaku Moyo call their sound psychedelic because it encompasses a broad spectrum of influence.

Their music incorporates elements of classical Indian music, Krautrock, Traditional Folk, and 70s Rock. Most importantly their music is about freedom of the mind and body and building a bridge between the supernatural and the present. Improvisation is a key element to their sound.

Go & Tomo run their own record label Guruguru Brain currently based in Amsterdam. Guruguru Brain has released about 10 artists from Asia including Kikagaku Moyo since 2014. 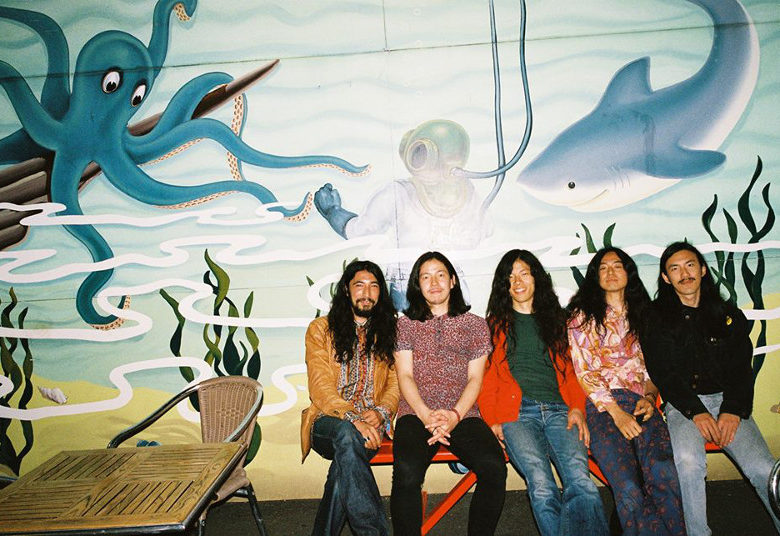