Some great music coming from Dublins creative music scene on this special night!
These 3 bands are about to make themselves a name in the business and each of them combines modern music genres with sensible use of improvisation and craftmanship on a high musical level.
It is gonna be an exciting mixture of electronic and acoustic music so make sure not to miss this!

ÄTSCH
is mixing melodic statements from post-rock with the freedom and
excitement of Jazz. ÄTSCH started life as a graduation ensemble put together by guitarist Mathias Winkler’s for his Newpark BA in 2016. Since then the quartet has held down a weekly residency at the Front Door on Dame street and last November, they released their self-titled debut EP.
The Band plays instrumental music in the spirit of exiting jazz
improvisation within the sound aesthetics of modern-day post-rock.
ÄTSCH is merging lyrical melodies with strong individual solo
performances. Being influenced on the one hand by post-rock giants
such as “Sigur Rós” or “Explosions in the Sky” and on the other hand by contemporary Jazz artists like “Gilad Hekselman” or “Julian Lage”. ÄTSCH always tries to find the right balance between atmospheric soundscapes and exiting improvisation.
Matthias Winkler – guitar, composition
Hugh Denman – drums
Eoin O ’Halloran – bass
Graeme Bourke – piano

GALLERIES
have been active since Summer 2016, exclusively writing their own original music. The members came in contact via mutual friends and quickly discovered a common interest in writing music with a more electronic, beat driven, and at times, ambient slant.
Drawing influences from diverse musical styles and genres such as IDM, electronica, contemporary classical, ambient, jazz, hip hop, house, and alternative rock, the group writes music that covers a spectrum of sounds, moods, and textures, and enjoys reproducing it in the live context, to give an organic and human feel to an electronic sound.
Alex Keogan – Guitar, Bass, Piano, Synthesizer
Johnny McDowell – Percussion, Bass, Synthesizer, Guitar
Patrick Keegan – Guitar, Pedals, Sampling 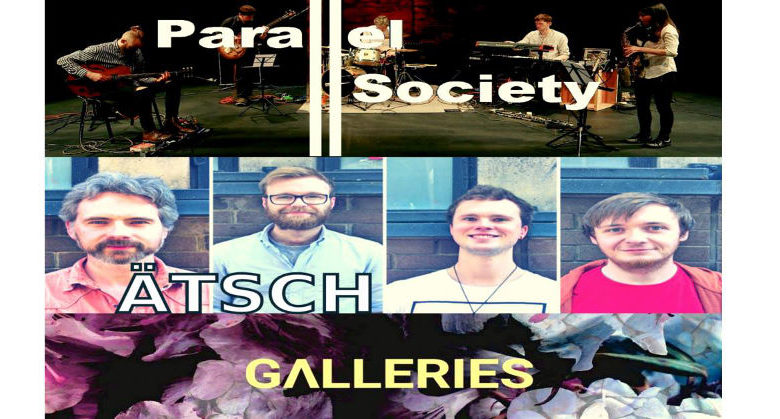