PEACHFACE Dusting off their 90’s MIDI synths, plugging in a couple of shiny neon guitars and dialling up the drum machines, PEACHFACE are here to bring you a brand new take on poptimistic post-romanticism.

So, grab your flux capacitors, set the DeLorean to 1985 and get ready to party with PEACHFACE!

Autre Monde is a band from Dublin, formed by previous and current members of Land Lovers, Skelocrats, No Monster Club, Ginnels and others, and also including the solo performer Paddy Hanna. They have released 4 singles and an EP to date. Their debut album, produced by Daniel Fox of Girl Band, will be released in 2019.

“The immediate sophistication of Autre Monde’s sound demonstrates that this is a band with immense talent” – State.ie

“One of the very best bands in the country at the minute.” – The Thin Air

Starting in 2018, Cable Boy are a Dream Pop band that love blending dreamy melodies with poppy bass lines and vocals. Influenced by Deerhunter, Prince and MJ they’ve played some of Dublin’s biggest venues such as Whelans upstairs as Part of the Ones to Watch Festival, The Grand Social with Kean Kavanagh and were named by 98FMs John Barker as their tip of the week. Their EP ‘Whole’ is available on Spotify and Bandcamp. 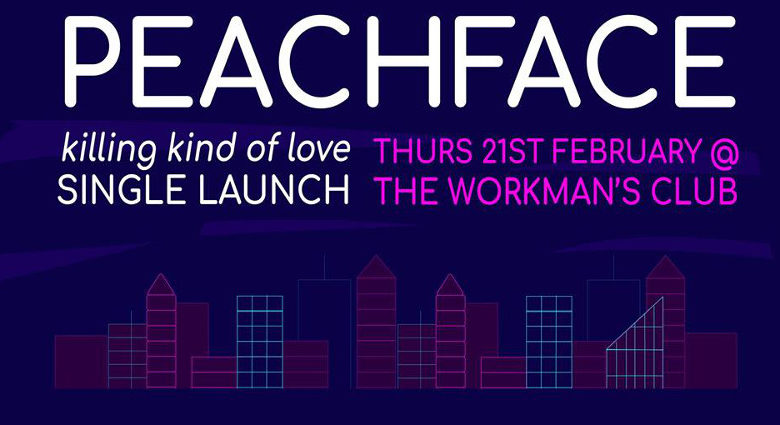