Selective Memory PresentsPIGEON MILLERS
THE WORKMAN’S CLUB
FRI 21TH OCTOBER 2022General Tickets €12.50 On Sale Now
Selective Memory are delighted to announce a show with Dublin band Pigeon Millers to the Workman’s Club Cellar this October.
The band are releasing their latest single ‘The Only One’ from their debut album ‘The Onlooker’s Redemption’
Watch the video for their latest single ‘The Only One’ now
Doug Sheridan –  “The video shows a reunion of old friends that turns sour. We all play the status game to a degree but some people present themselves very differently to who they are internally. It can catch up with you.”
The Only One (Official Video) – https://www.youtube.com/watch?v=_g1ocGSkeIY
TICKETLINKhttps://bit.ly/PMillers_SM
Follow Pigeon Millers
https://www.instagram.com/pigeonmillers/
https://www.facebook.com/pigeonmillersmusic.
https://pigeonmillers.bandcamp.com/
NOTES FOR EDITORSTo describe Pigeon Miller’s music is to look at a musical saga going back twenty years – and the rest.
Just because you ‘end up’ working as a wedding musician or sell insurance doesn’t mean you’re not burning inside with your own original songs, each song reverberating in your head as you drive to play for the next pay cheque.
Every spare minute goes into writing and developing your original music and just because you have kids, and busy lives, and you’re not in your 20’s anymore does that mean you have to give up on your own music?

As lead singer Doug Sheridan explains “We’ve all been playing music since we were kids. We’re all in our early 40’s now. Between us we’ve played every type of gig from the sublime to the ridiculous. We’ve played shitty covers gigs, we’ve had failed bands etc. We’ve all got our own busy lives going on. We play music born out of a genuine need to express something, not just ambition, as is the case with so much in life now. We’re in it for the music, without any distraction”

Sheridan’s music has been described as a ‘heady mixture of Neil Young and Jeff Buckley with soaring vocals and evocative lyrics’. His songs have recently appeared on TV/Films including ‘Love/Hate’, ‘Joyride’, ‘Rubai’ & US show ‘iZombie’

Joined by Paddy Lyons (guitar), Ed Kelly (drums/vox) & Steve Walker (bass/vox), all themselves songwriters & multi-instrumentalists, Pigeon Millers is a coming together of musicians yearning to create and connect with their music.

Paddy Lyons describes the formation of the band. “We kind of fell together by accident. Doug and I had a nice set but we were booked to play before a proper rock band and worried we’d pale in comparison. Ed & Steve offered to help out. We presumed it’d be ‘goodbye’ after the gig but in rehearsals we noticed there was genuine chemistry. Everyone had ideas, everyone wanted to be there. The music that came out was a result of 4 people, not just 4 instruments. This was a band!”

Pigeon Millers debut album ‘The Onlooker’s Redemption’ deals with someone becoming a darker version of themselves and their journey to get back to being a person they recognize. It’s a journey they mostly keep to themselves.

“We’re quite low key ourselves so could relate to someone going through turmoil without expressing it. Everybody sees the confident, competent people around us but we’re quite drawn to the background characters.” – Doug 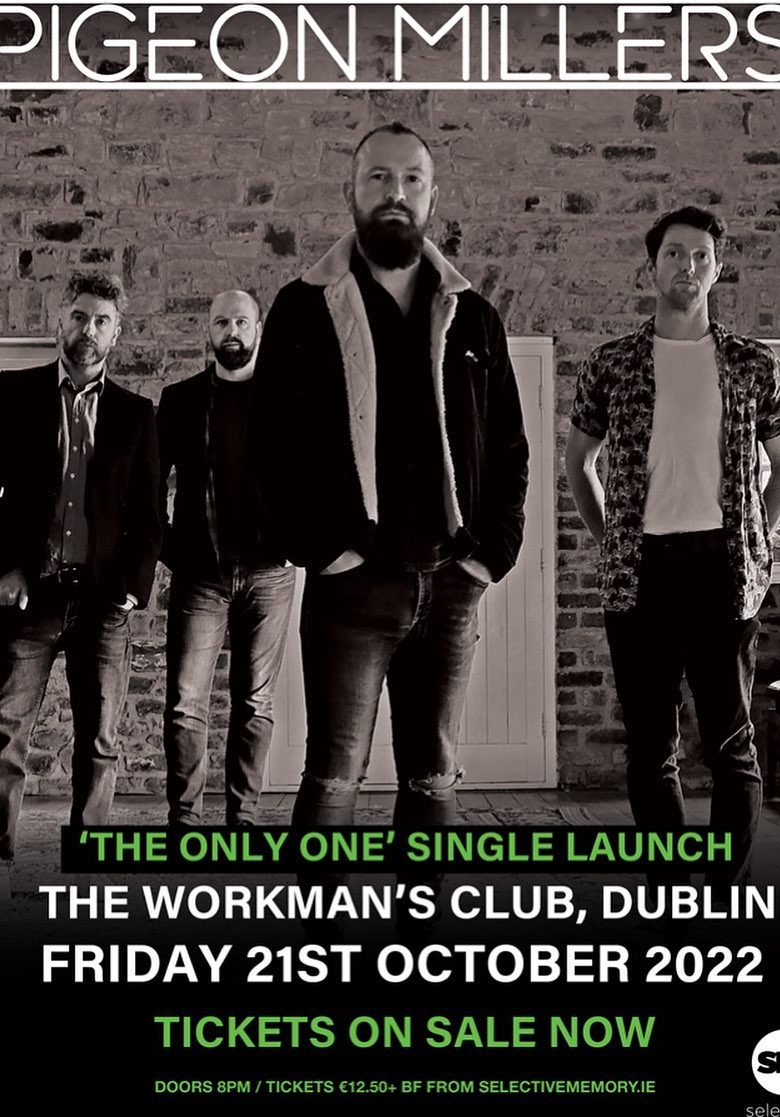