Having first come together in the autumn of 2016 on the basketball courts of a Dublin city park, the four members of Pillow Queens, soon realised that making music together would be an equally productive group activity. Cathy plays guitar and sings. Rachel plays drums and sings. Pam and Sarah swap guitar , bass and lead vocal duties. Within a few months they’d released their debut EP, Calm Girls, titled in an ironic nod to the bands anxious nature. The three songs dealt with themes of despair, crisis of self and distrust. The closing Wonderboys “an attempt to put into musical form the feeling you get when your eyes roll back into your head when faced with toxic masculinity.” The songs quickly found their way into the hearts of new fans in the local underground DIY scene, and even onto BBC 6music playlists, with Steve Lamacq calling them “deceptively infectious, with sharp hooks and sharp nails” . By the summer of 2017, the band were touring the UK and performing on festival stages.

Pillow Queens second EP, State of the State, will be released on March 9th 2018 on UK DIY label Specialist Subject.

While taking influence from artists from contemporary US DIY indie & punk scenes (such as Mitski, Waxahatchee, Hop Along, Cloud Nothings), Pillow Queens stay true to their Irish heritage, using Dublin colloquialisms in their lyrics and singing in thick Irish accents.

“Calm Girls is a thrilling introduction to Pillow Queens as a band and bodes very well for their future.” THE LAST MIXED TAPE 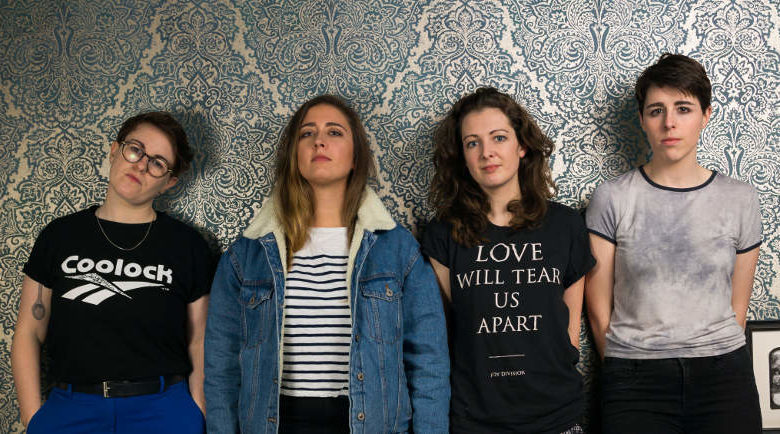