Hard to believe this April means it’s been 30 years of this handsome, talented night of comedy!

Shut-Her Island is home to the most impregnable workhouse in Ireland, so when it mysteriously loses radio contact with the mainland, suspicions are raised. The Vatican’s top detectives, Eamon “Devil May Care” de Valera and his plucky boy-ward, Li’l Charlie McQuaid, are dispatched undercover as fallen women to investigate.

Career criminal Johnny Burnett steps out of a ten-year stint into a world that has moved on quicker than he can handle. He promises his girl Gwen he’s going straight, but the lure of his biggest caper yet is too much to resist. 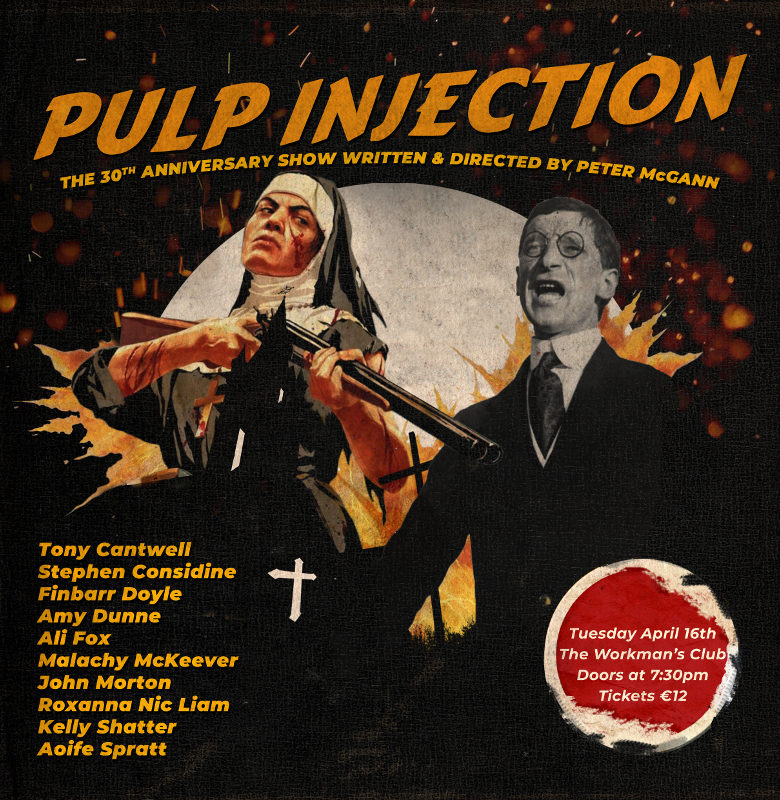