Rap Bunnies presents the hottest Easter themed rap gig this side of the Atlantic. A stacked line up of exciting hip-hop artists and DJs.

Daire Patel is no fresh face on the Irish music scene but continues to release refreshing music as he perfects his craft. Garnering huge attention with “Hold Me Down” Daire has gone from strength to strength with each release, with his latest “Blue” epitomising his lo-fi bedroom pop sound. @dairepatel

Dublin rapper Wallfella brings the sound and stories of the city to his music, forever hungry to show his capabilities as a wordsmith while presenting the hard truths of growing up in the Northside city environment. The versatile MC can spit relentless flows like on his recent release with producer Odd Numbers “Step Back” or float effortlessly over a melodic instrumental such as “Fresh as Fuck”. @wallfella

Shollah is a multitalented artist whose production chops are on par with his rapping. Leaving the production for their collaborative EP “NONETHEWISER” in the capable hands of Dublin based producer owin, the 2 curated a collection of songs that range from dark experimental trap banger “Moon” to glistening melancholic cuts like “So Far”. No strangers to sold out shows, they are sure to put on a captivating performance. @shollah_ @owinn__

“Jehnova and lod Make Cult Rap That Sticks To Your Bones”. The duos debut album “Avenoir” released last year created a universe of it’s own through the crackling sample chops crafted by lod that provide an emotive base for the sharp, flowing lyricism of Jehnova. Fans of artists such as MIKE, Earl Sweatshirt and The Alchemist are sure to enjoy what the pair have to offer. @jehnova_ @lod.prodcution

Chi Chi & StrangeLove of Negro Impacto are being deservedly recognised as one of the most exciting acts coming up on the scene. The Dundalk duo were in Goldens Plec’s “Plec Picks 2022 with further acclaim from Hot Press and District Magazine in the same year. After bursting onto the scene with “Lockdown Syndrome” the pair continued to cement their name in the Irish rap vocabulary with their following self titled EP. @negroimpacto

Rory Sweeney is one of the most exciting artists in Ireland right now. Not tied down to one genre, or artform for that matter, Rory expresses himself in so many avenues and proves to be successful in every single one. After shows in Index, SoundHouse alongside “Loose Tooth Dental Club” collective and set to be playing AVA Festival later in the year, Rory will be doing what he does best to bring us in to the late night. @rory_sweeney123 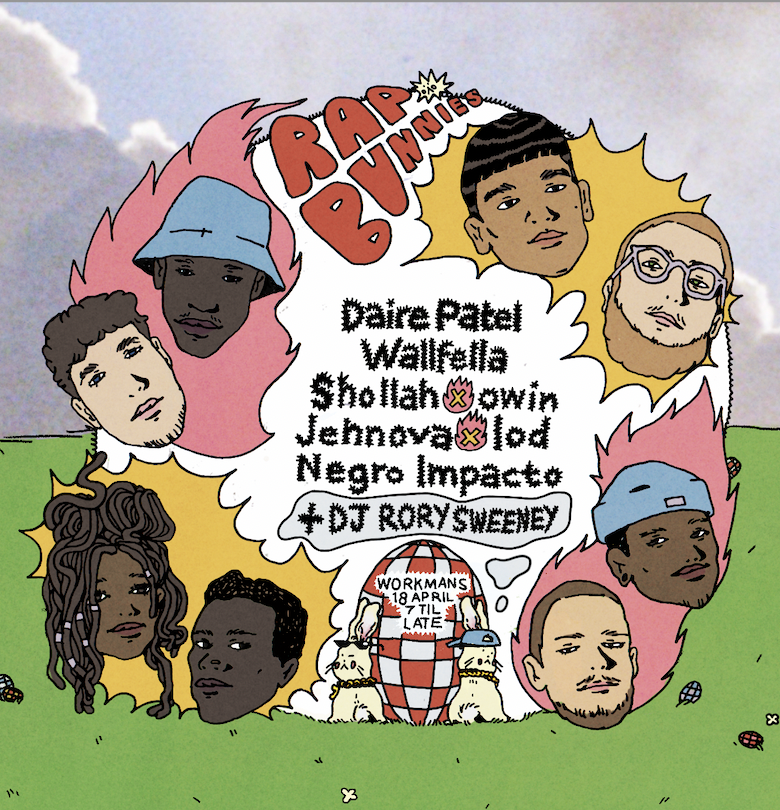