Following the triumphant release of their highly anticipated ‘self-titled’ debut album in November, Red Enemy announce their first headlining Irish dates of the year. They will be bringing with them rising Dublin rockers Bitch Falcon, a line-up guitarist, Conor Dockery is particularly excited about:

“We love Bitch Falcon. We’ve loved them from the first time we were made aware of them. They’re fresh, they can bloody play and above all else they’ll rock your smelly socks off. We weren’t sure if they could commit to the dates but they really wanted it to happen and so they did! Can’t wait.”

Having signed to renowned California metal label Mediaskare Records in late 2013, Red Enemy travelled across the Atlantic and settled in Los Angeles to record their debut album. ‘Red Enemy’ is a straight up, no nonsense, tour de force from beginning to end. The most incredible sense of groove and jaw dropping performances provide for a debut that sounds mature beyond its years, it’s originality leaving the listener hanging on every beat and baying for more.

Having recently penned a partnership with Artery Global booking, Red Enemy are setting their sights on their biggest year yet. 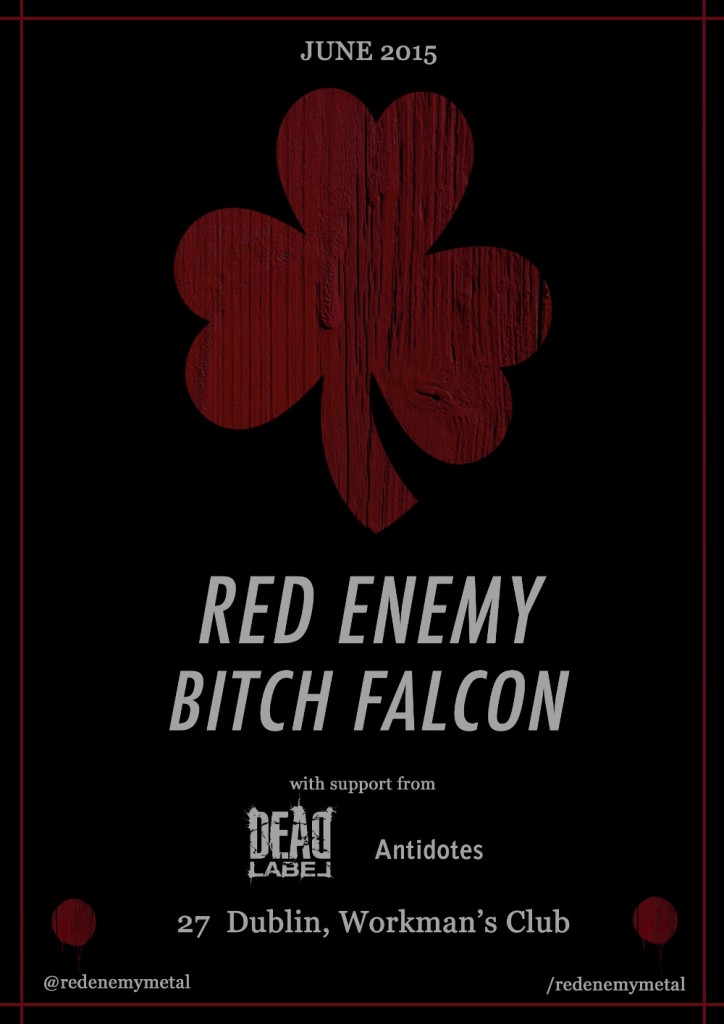