Red Moon Bayonets are a Dublin based 4-piece band started by Vinnie Flynn. Their style is a mix of alternative rock, blues and indie. The project  was started with the idea of creating something musically new and innovative.

Every track reveals a bristling sense of originality whilst hinting at the bands unmistakable Red Moon Bayonet’s feel. Band members James, Dan, Vinnie and Dave have all added their own stamps to this endeavour and their combined dedication and energetic musical input have resulted in something truly captivating.

The band finished up their new E.P at ‘Westland studios’ with ‘John O’ Kelly’ in Dublin and released the full E.P ‘A Silent Companion’ in August 2015. The official release gig was held in ‘The Bello Bar’. The band went on to top a brilliant year by picking up the Pure M award for best E.P 2015 which is available in Tower Records and across all platforms, iTunes, Deezer, Spotify, Tidal, etc.

Red Moon Bayonets have successfully had a track accepted by a major production company in the States who are currently pitching it to three  prime time American T.V shows for broadcast in 2016. Red Moon Bayonets debut video/single will be released May 2016 for their track ‘Bayonets’ with the single launch set to be held in ‘The Workmans Club’ Saturday August 6th 2016. All links can be found on the bands website www.redmoonbayonets.com 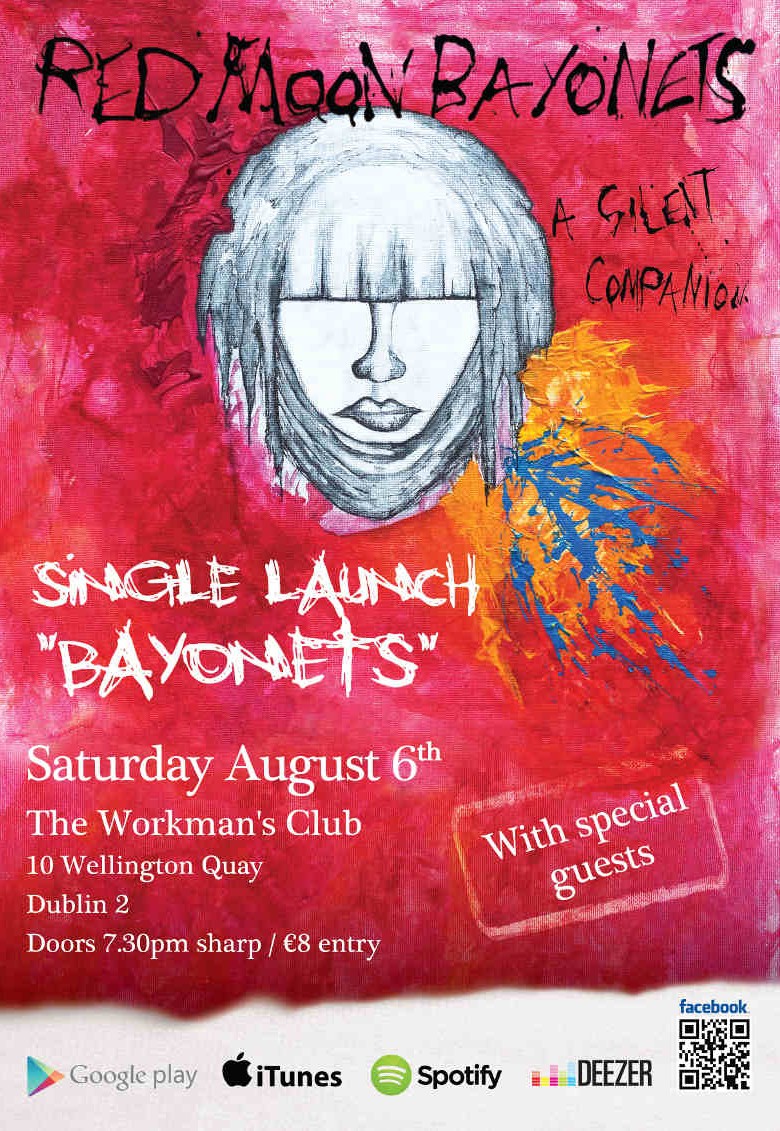